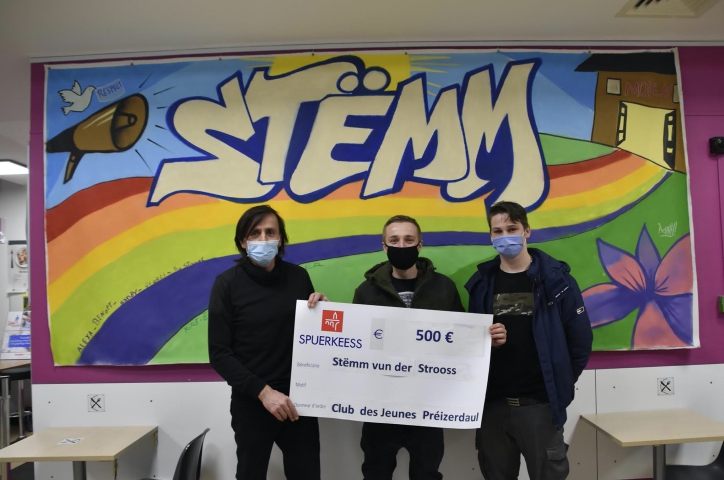 It is a tradition that the Préizerdaul Youth Club collects people’s Christmas trees every year shortly after the Epiphany. This was also the case this year – an unusual year due to the health crisis. Typically, the club offers the residents a mulled wine or something of the sort as they pass by, after which people thank them with a voluntary donation. Unfortunately, the drink could not be offered for understandable reasons, but many people nevertheless left an envelope next to the Christmas tree.

Young people, of course, also suffer from the current restrictions because they cannot live out their youth as they had always envisioned. But most especially now, during this period, the Préizerdaul Youth Club also thinks of those who are far worse off than they are. That is why it soon became clear that the resident’s money would not go into the club’s treasury, but would have to be transferred to the Stëmm vun der Strooss to help people who were not on the sunny side of life even before the crisis, and whose situation has certainly not improved as a result of this crisis and the harsh winter.

211€ was collected and the CDJ Préizerdaul decided to round this sum up to 500€.