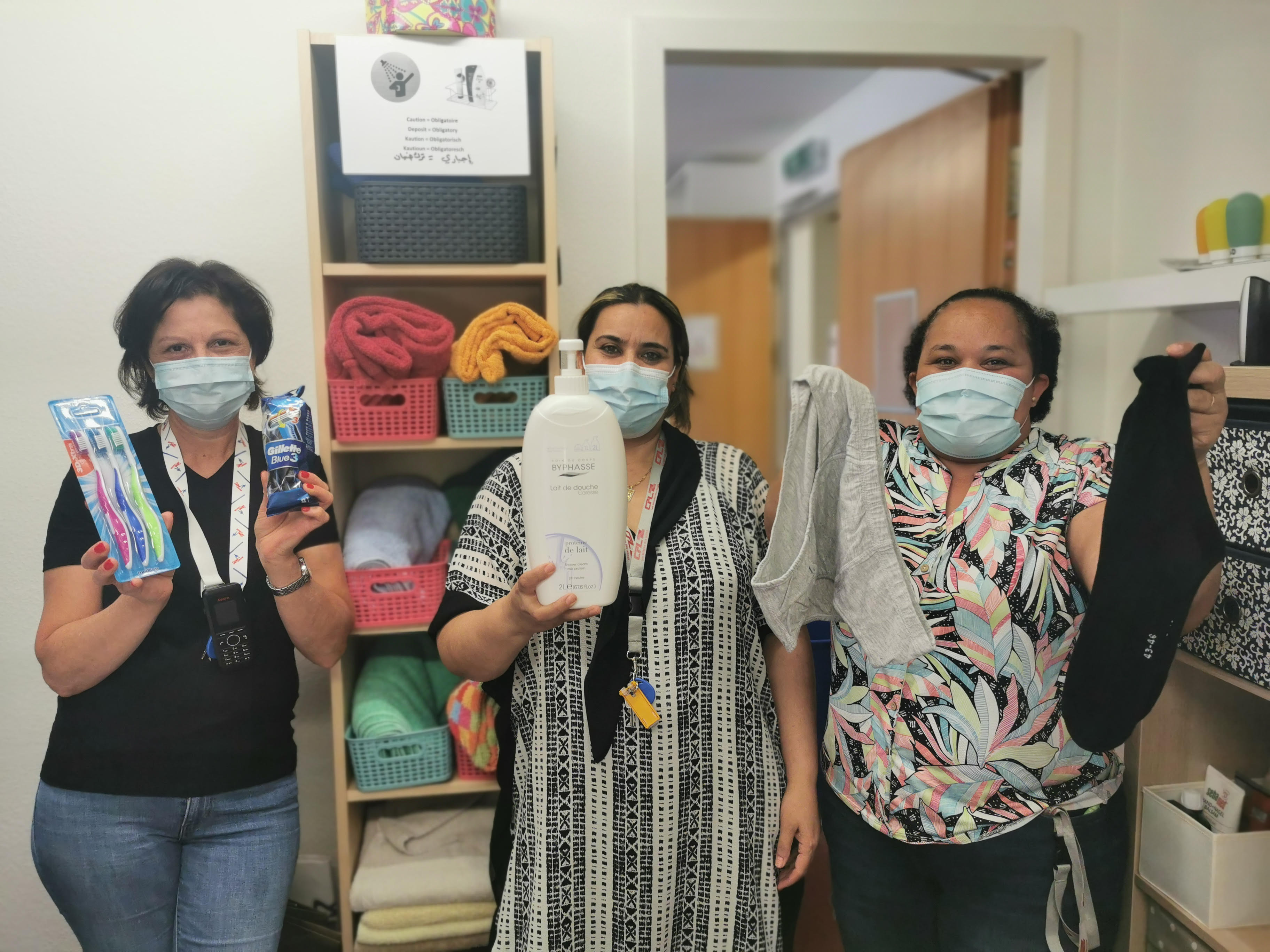 The Thierry Van Werveke Foundation has supported a series of associations since the beginning of the pandemic in March, including the Stemm vun der Strooss.

And this is how Danielle Meneghetti, president and founding member, had the pleasure of giving this donation to Claude Consdorf, social worker in Est-sur Alzette, in the restaurant at 32 grand rue. Disavantaged people received chocolat’s as sweets. 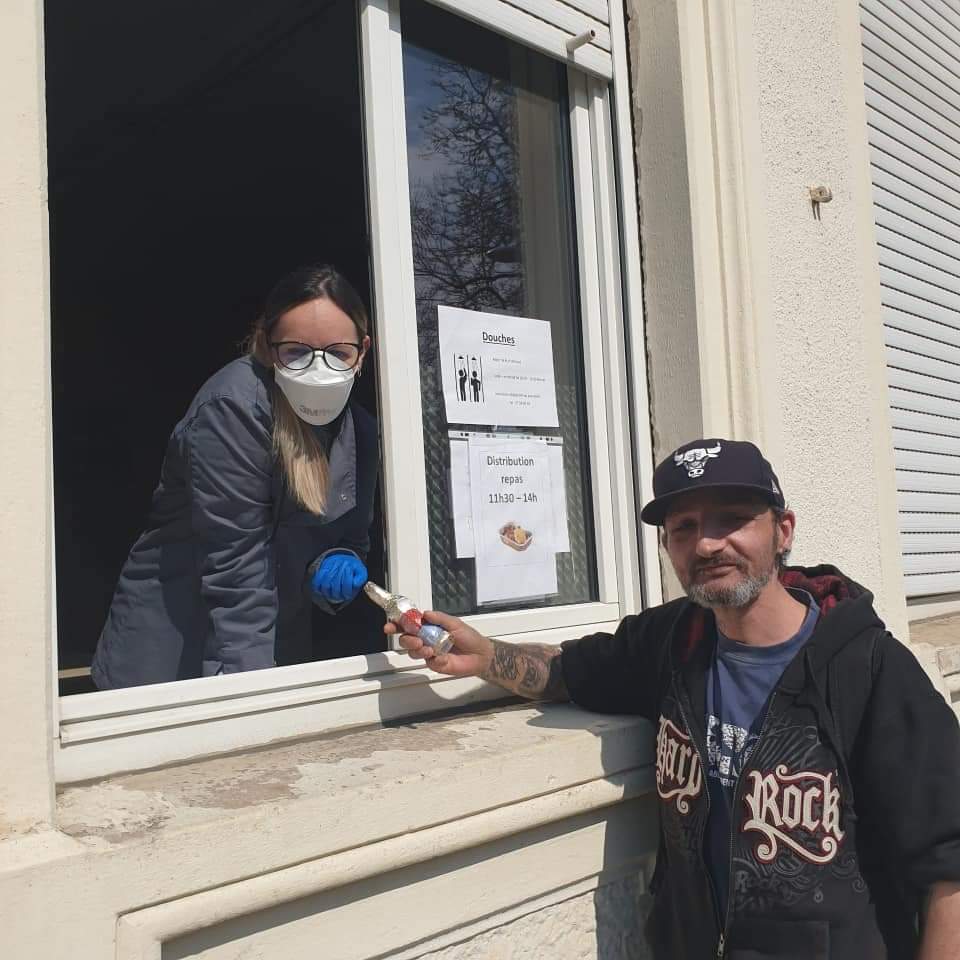 In the showers at 7 rue de la fonderie in hollerich, social workers had the great pleasure to benefiting from hygiene products that they will redistribute free of charge to the most disadvantaged. The director of the Stëmm vun der Strooss, Alexandra Oxacelay, specified : « as it was the case in all the services welcoming vulnerable and employed people as part of professional reintegration measures, the showers of the Stëmm vun der Strooss also remained closed during the period of containment. They reopened on may 18… summer temperatures means that we assume considerable influx! » 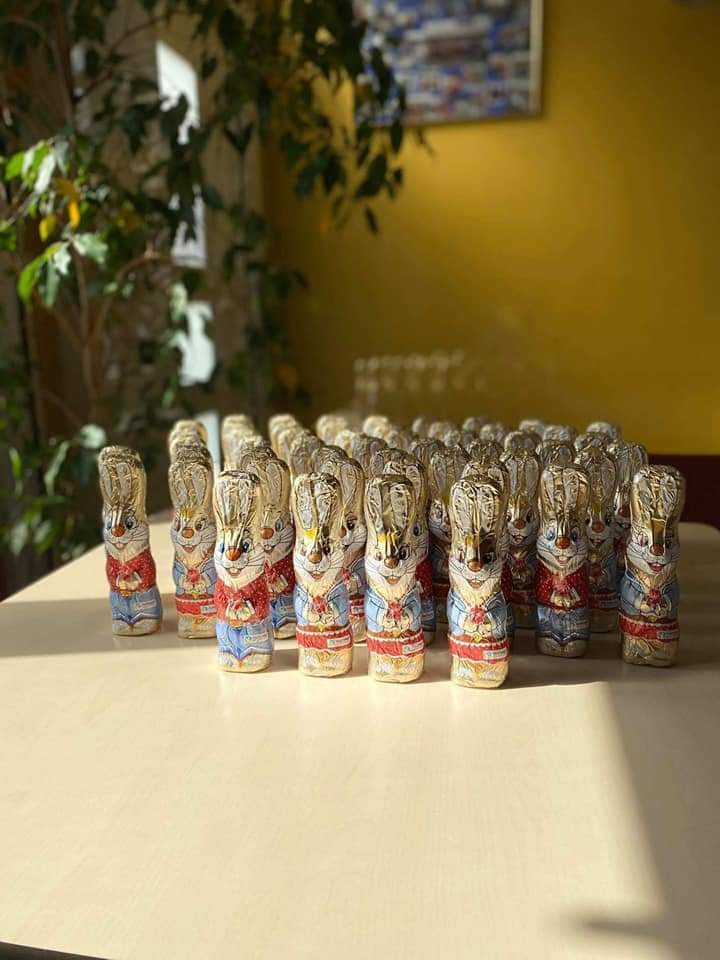 With the financial support focused on young people in difficulty, the edition of the « sweet home » book and the exhibition heading the same name, this is not a « première » for the Fondation Thierry Van Werveke to support homeless people. This collaboration date back to the creation of the foundation in 2009.

Since then, Whipping Father and Santa Claus never missed any traditional Christmas parties organized by the Stëmm vun der Strooss. Joseph Tomassini and René Meneghetti are more than friends, because they are a part of Thierry Vanwerveke who also experienced the forfeiture.