52 blankets offered by the Ibis Hotel to people in need 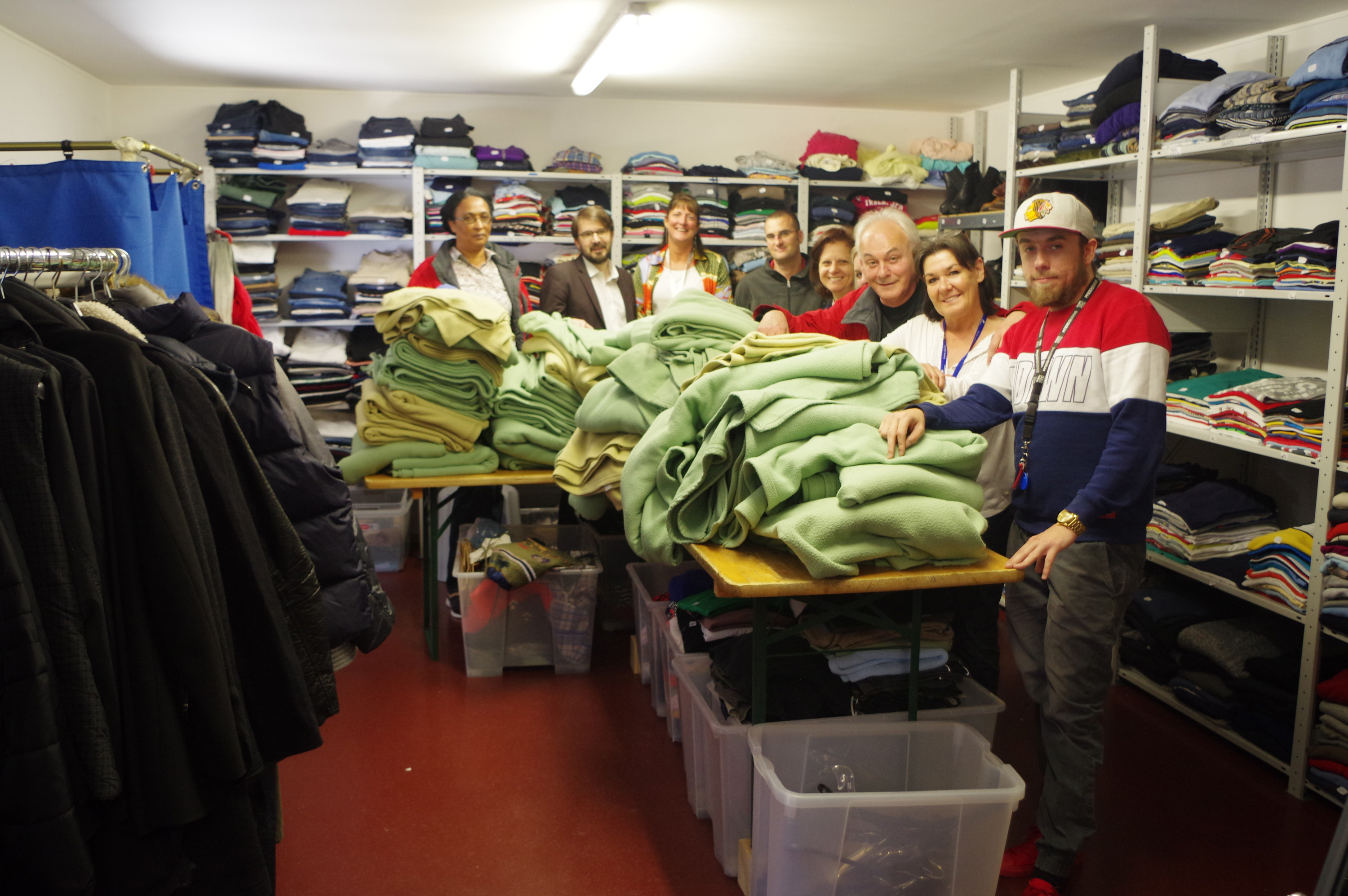 The Hotel Ibis Luxembourg Sud, known for its comfort and proximity to the city center of Luxembourg, showed its generosity by making a donation of 52 blankets to the association Stëmm vun der Strooss.

Following the shocking news that 17 homeless people had died last year, hotel officials did not hesitate for one moment to help the disadvantaged people. As Cyril Geldreich, executive assistant of the hotel Ibis Luxembourg Sud, pointed out, “The opportunity arose when we decided to change all the bedding.” “It would be too stupid to throw away such a good commodity. ” added Michaël Shanut, technical assistant of the hotel Ibis Luxembourg Sud.

The donation ceremony of the blankets took place on May 13th at the rehabilitation workshop Kleederstuff, situated 7, rue de la Fonderie in Hollerich. The blankets will be distributed free of charge to the people who need it most.

“For you it may be nothing, but for me, it’s a question of survival.” said a customer, who eats daily at the social restaurant in Hollerich.