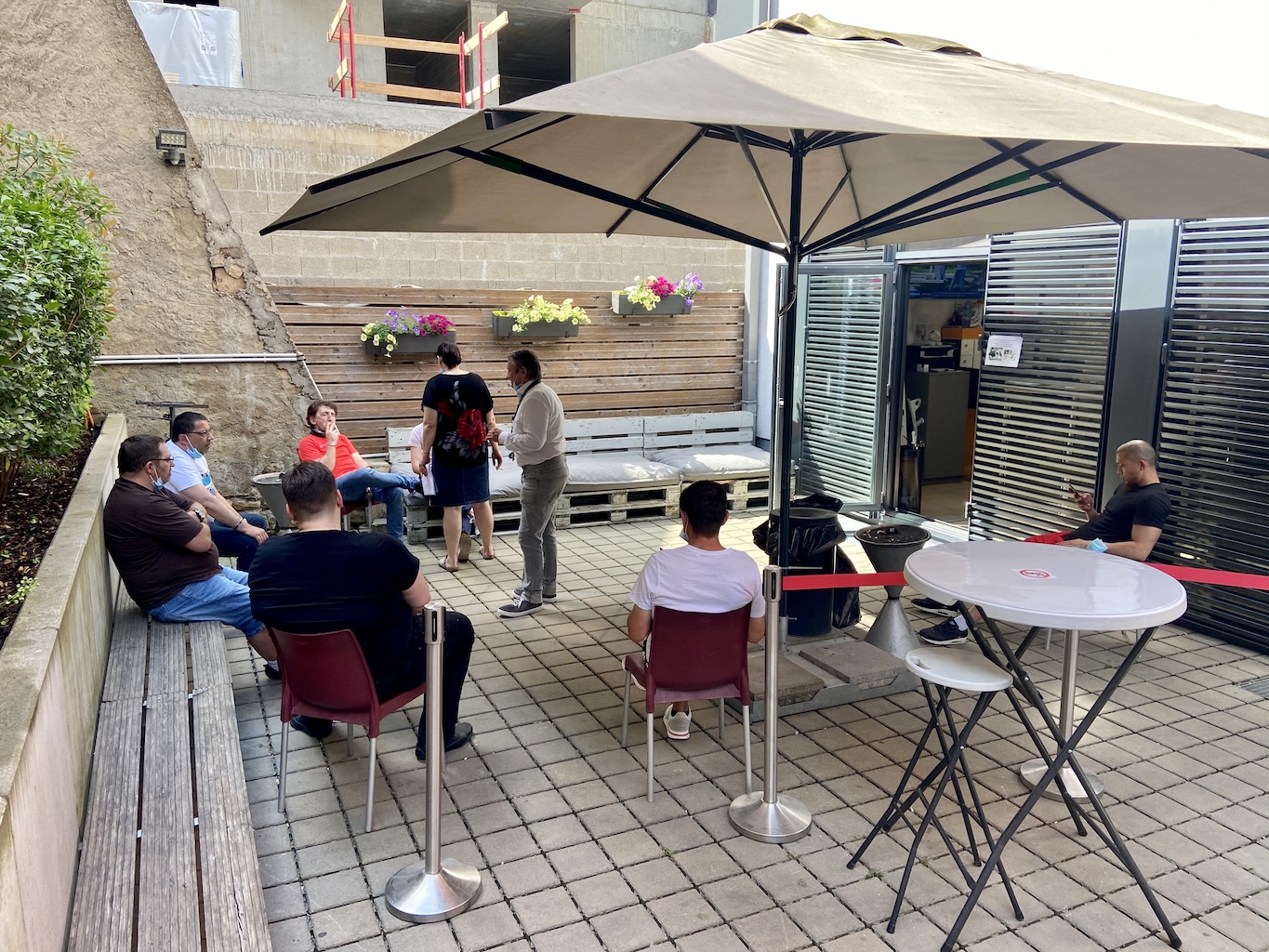 The terrace of the social restaurant of the Stëmm vun der Strooss in Hollerich has always been a success, since even in winter, some people take their meals there. To improve the conditions for the disadvantaged people, the association decided to make the terrace more pleasant. To do this, a removable awning was installed with a roof and walls that could be lifted, as well as some heaters. Then tables were installed and flowers were added for decoration. Construction began in April 2021 and was completed in June of the same year.

In order to finance the new awning and the refurbishment of the Stëmm’s terrace, a donation campaign was launched. Majany – a long-standing partner of the Stëmm vun der Strooss – was quick to give the association access to the participatory financing platform Gingo. Thanks to this support, more than €24,000 in donations were collected by the end of the campaign. Finally, it should be noted that the rest of the amount was financed by the Ministry of Health. This project is a good example of the collaboration that exists between the private and public sectors to ultimately benefit the most disadvantaged.

From now on, people can eat in a warm and rain-free environment in all seasons. The site manager of the Stëmm vun der Strooss in Hollerich, Charles Bechet, is pleased with the success of this important project which contributes to the well-being of underprivileged people. Moreover, he warmly thanks all those who made it possible.