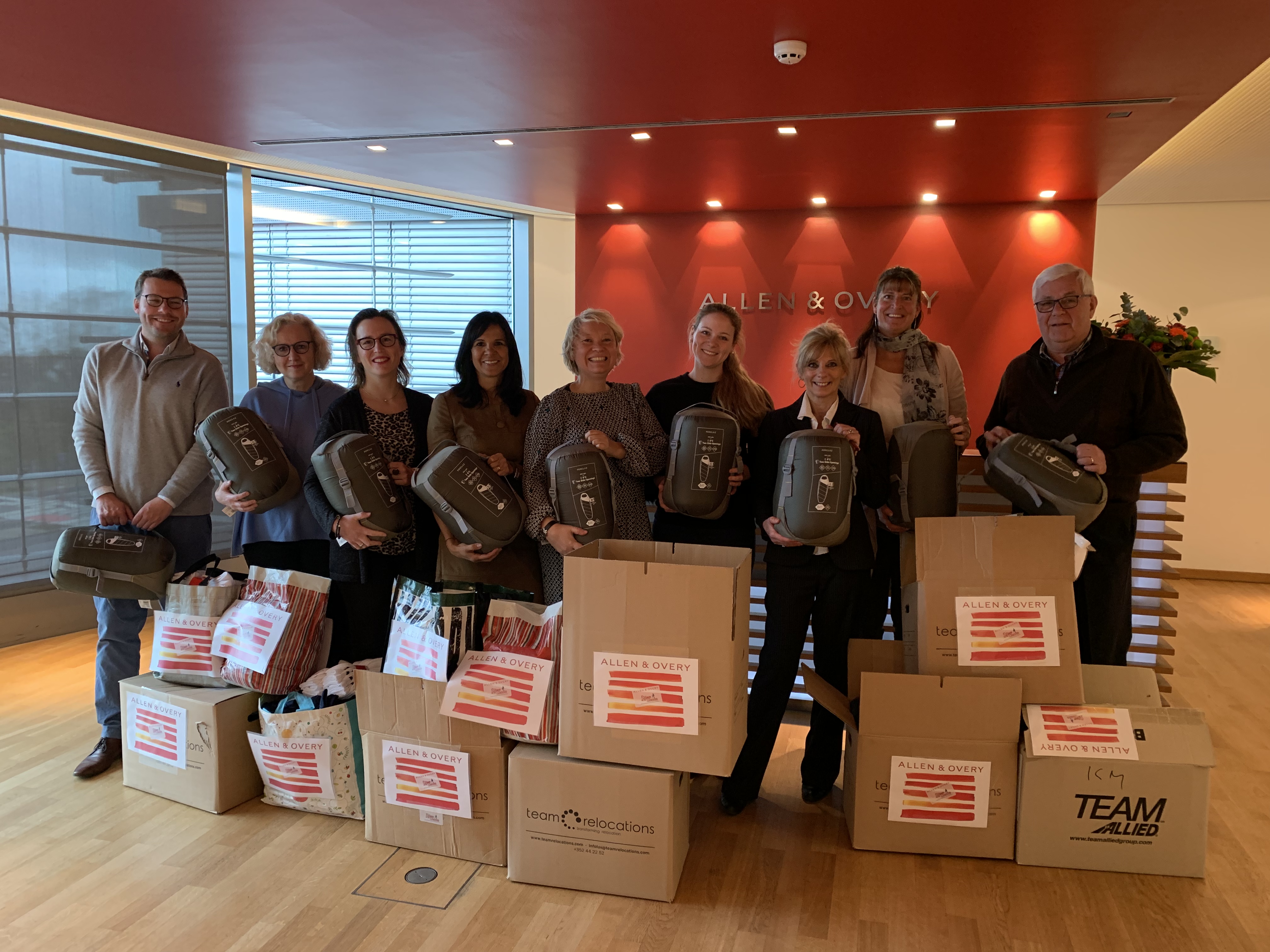 For the second year in a row, the ProBono committee at Allen & Overy has supported the non-profit organization Stëmm vun der Strooss with a donation. Headquarted in London, Allen & Overy is a global law firm with approximately 5,000 employees in 31 countries across Europe, America, Asia, Africa, Australia and the Middle East. The firm specializes in advising large corporations, financial institutions and governments.

On the initiative of Veronique Braunert, 30 high-quality sleeping bags, underwear and socks for men and women were donated. These articles were given to the director and the Vice President of the Stëmm, Alexandra Oxacelay and André Theisen, at the Allen & Overy premises in Kirchberg, 33 Avenue John F. Kennedy.

These sleeping bags and underwear will be distributed free of charge to disadvantaged people in the professional resettlement workshops “Kleederstuff” 7, rue de la Fonderie in Hollerich and 32, Grand Rue in Esch-Alzette. “These are very popular and useful articles,” added Alexandra Oxacelay before thanking everyone, who was involved in this project.