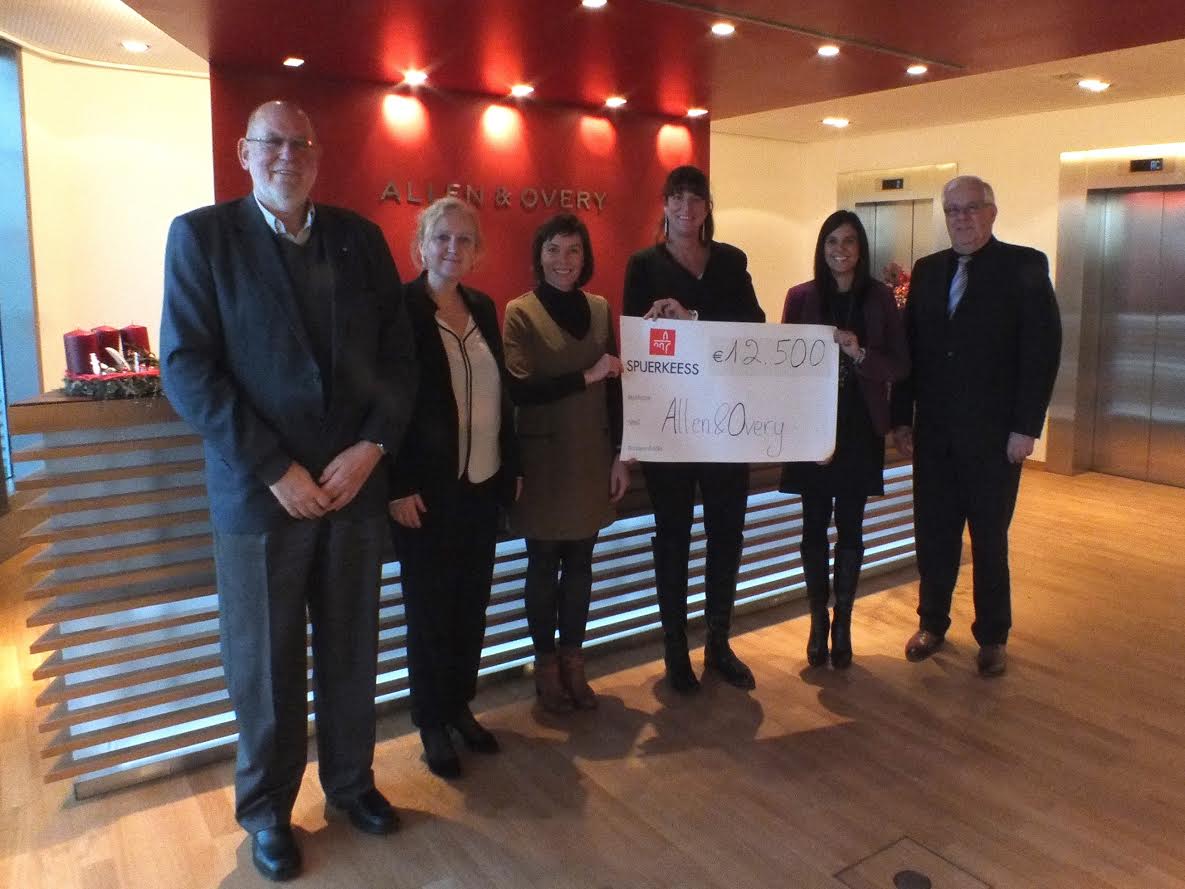 Ever since having supported the asbl. Stëmm vun der Strooss for the first time in 2012, the law firm Allen & Overy has established a tradition of finding different ways to help the organisation’s clients: fund raising events like participating at the ING marathon, legal consultations or clothing collections.

For the third year in a row, 5 employees will volunteer to man the cloakroom during the Stëmm’s Christmas party, which will take place on Thursday, December 22nd at the Centre Culturel in Bonnevoie. The party is a significant tradition for the association, as it welcomes 300 people in need for a festive meal, entertainment and surprise gifts. It is thanks to the involvement of volunteers that the Stëmm is able to organise the traditional event: This year, 90 people from different businesses, clubs and organisations have dedicated their time.

In order to further contribute to the smooth running of the event, Allen & Overy’s pro bono committee and management team have decided to again make a donation of 10 000 € to the Stëmm. The donation will be used to partly finance the meals and the presents that will be offered on the 22nd.

In the weeks leading up to the party, Allen & Overy employees are collecting chocolates and biscuits, which will be distributed to the guests of the event.

In an effort to respond to the Stëmm’s clients’ needs during the cold season, the law firm has also donated 115 sleeping bags, 15 of which were sponsored by Decathlon in Arlon. The sleeping bags will be distributed at the Kleederstuff in Hollerich.

If you want to support disadvantaged people in Luxembourg, donations can be made to Stëmm vun der Strooss asbl LU63 0019 2100 0888 3000 at BCEE. The Stëmm also accepts clothing and backpacks, which can be dropped of in Hollerich, 7, rue de la Fonderie and in Esch-sur-Alzette, 32, Grand Rue from Monday to Friday.