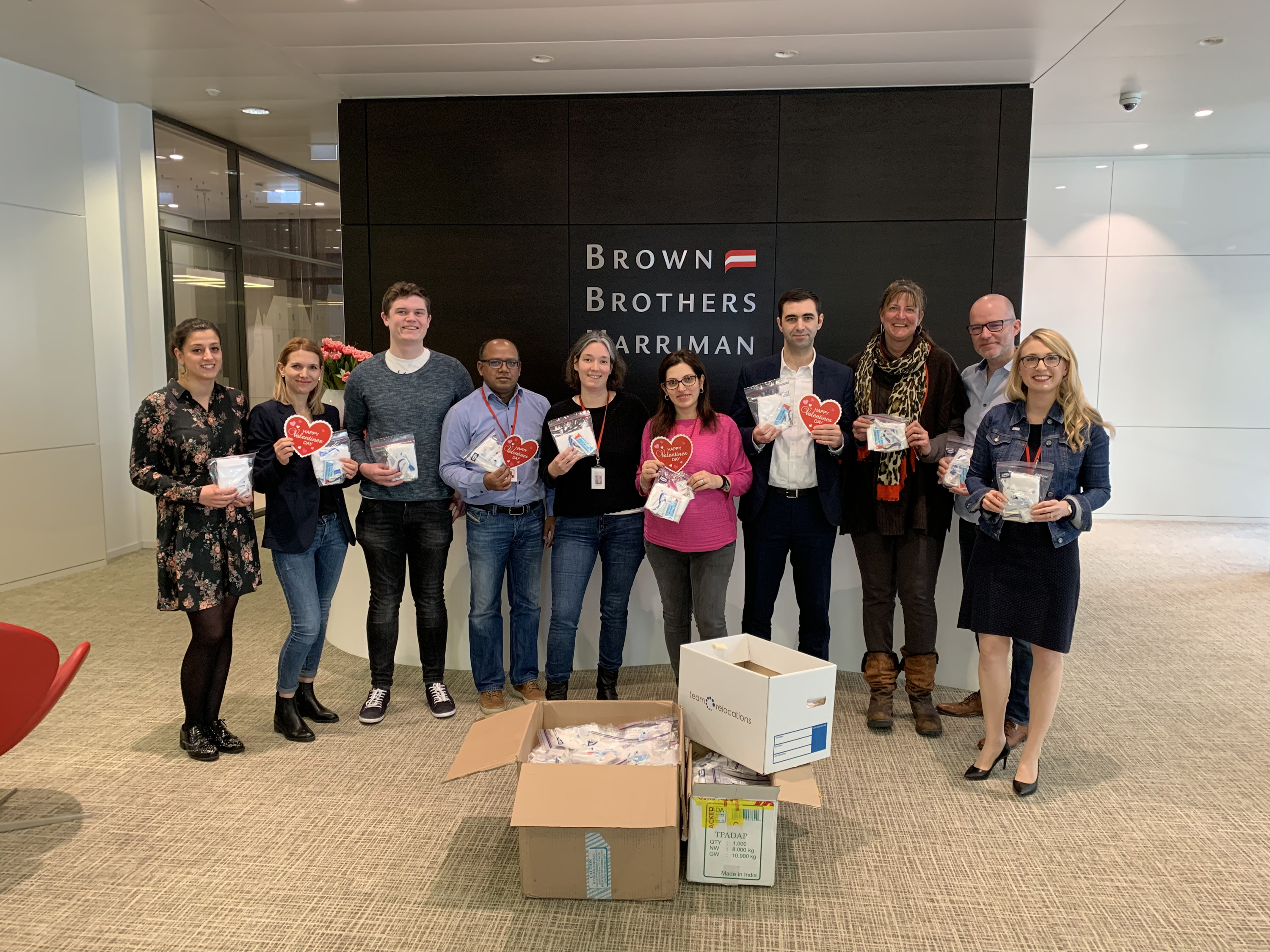 For the third consecutive year, the association Stëmm vun der Strooss was able to count on the support of the bank Brown Brother Harriman. Thanks to the initiative taken by the board members “We care”, represented by Heidi Helwagen, the employees of the bank have packaged 200 shower kits.

The delivery of these hygiene products took place on Friday, February 15th in the organisation’s premises located in Hollerich. Stëmm vun der Strooss Director’s Alexandra Oxacelay emphasized that such initiatives serve both to alleviate poverty, and to raise public awareness of the problems of social exclusion.

As she said: “The shower products will be distributed free of charge to people in need who want to take a shower in the premises of the association, either in Hollerich, at 7, rue de la Fonderie or in Esch-sur-Alzette at 32, Grand-Rue. ”