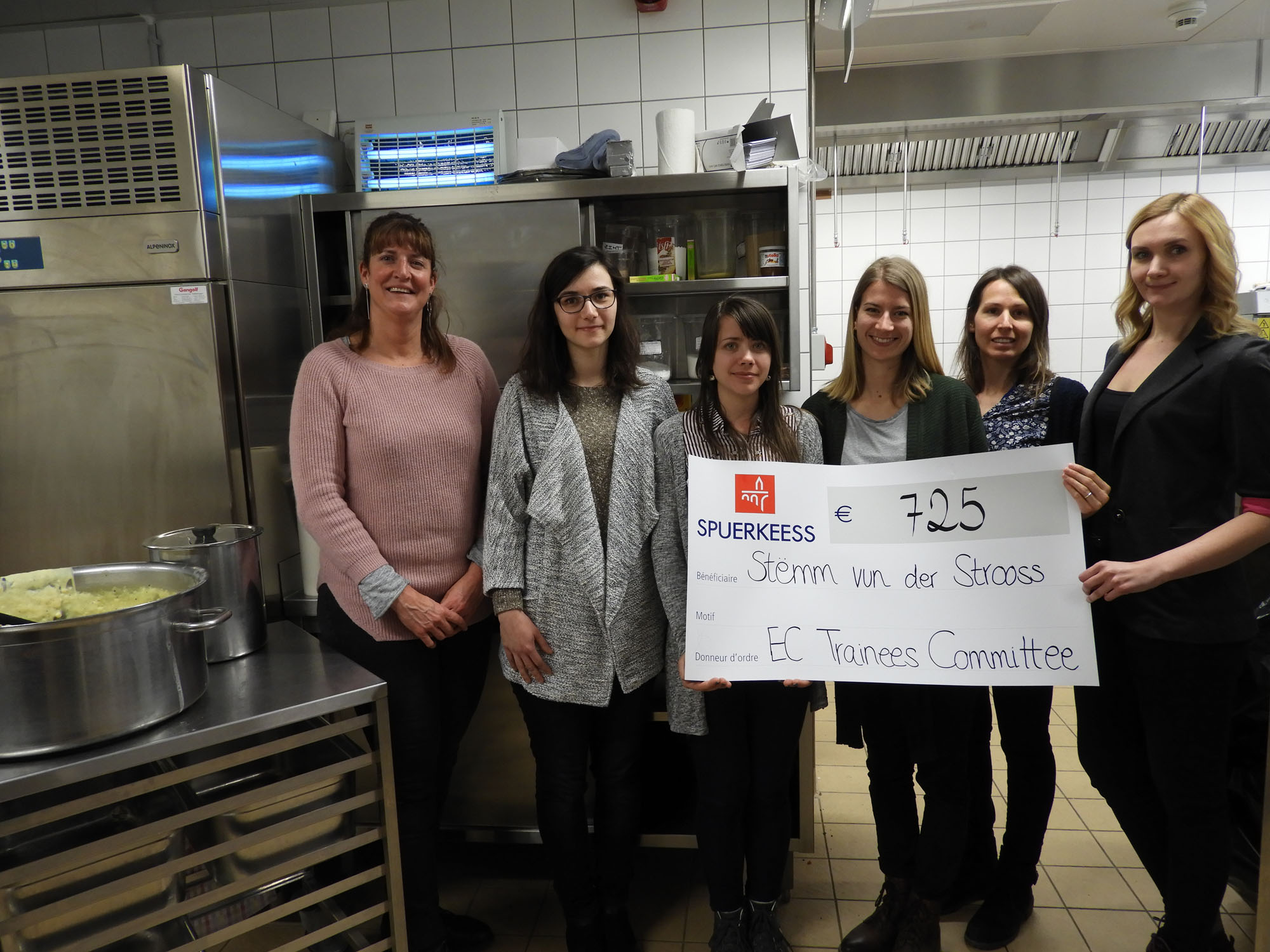 The European Commission offers in-service traineeship programmes to candidates selected from a pool of approximately 40.000 applicants each year. During the five months of working for the Commission trainees also have the opportunity to create different subcommittees based on their interests and organize activities related to these in their free time. The Trainees’ Charity Subcommittee’s goal during the stage has been to raise money for the cause of helping homeless people in Luxembourg by cooperating with two associations that provide efficient re-integration programmes for them. The small but enthusiastic group of seven trainees ended up raising 922 euros for the cause, from which 725 euros were donated to the association Stёmm vun der Strooss on the 26th of February.

The line of events organized by the trainees began with the screening of a student-made short movie entitled Blind Spot, financed by the Fondation Thierry Van Werveke. The event involved an introduction from Ms Alexandra Oxacelay – the Director of Stёmm vun der Strooss – who gave a highly influential speech that did nothing but reinforce the trainees’ wish to contribute to the association’s work. 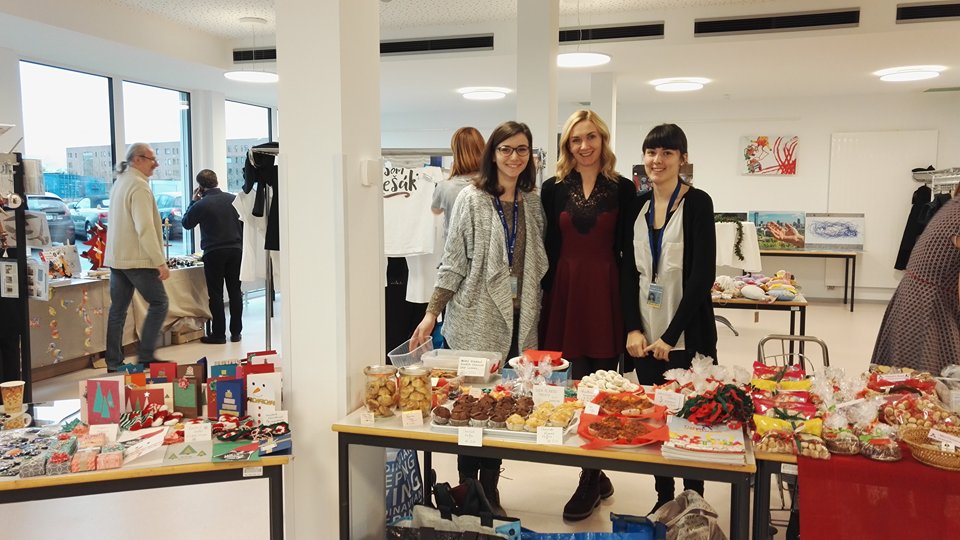 The subcommittee did not lose their enthusiasm during the holiday season either: they raised around 500 euros by selling their self-made cakes, cookies and crafts during bake sales in the Commission’s various buildings.

Their most popular events took place in the last two months of the traineeship. Supporters of the cause were invited to a salsa and bachata class – taught by a fellow trainee – and could participate in The Brainees Charity Pub Quiz attended by more than 30 people. 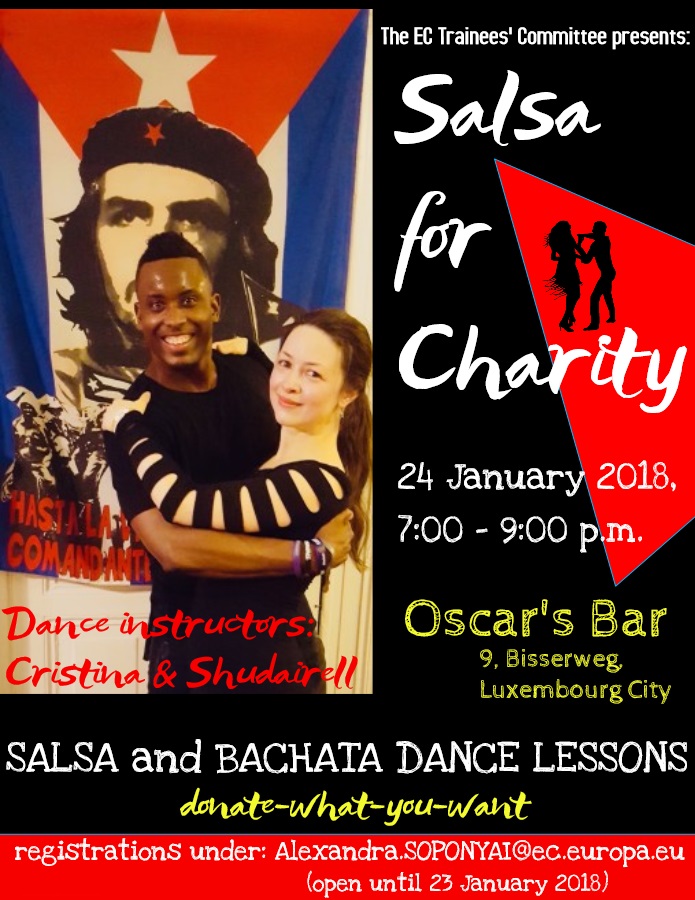 (Bianka Soponyai – the coordinator of the subcommittee – wishes to express her gratitude to the members Eleonora Modena, Ionela Preda, Tanja Sukič, Sofia Tidqvist, Christina Untersteiner, and Tina Zorko for making so much subcommittee-related effort during these five months despite their busy working days at the Commission.)