An evening of solidarity and mutual aid. 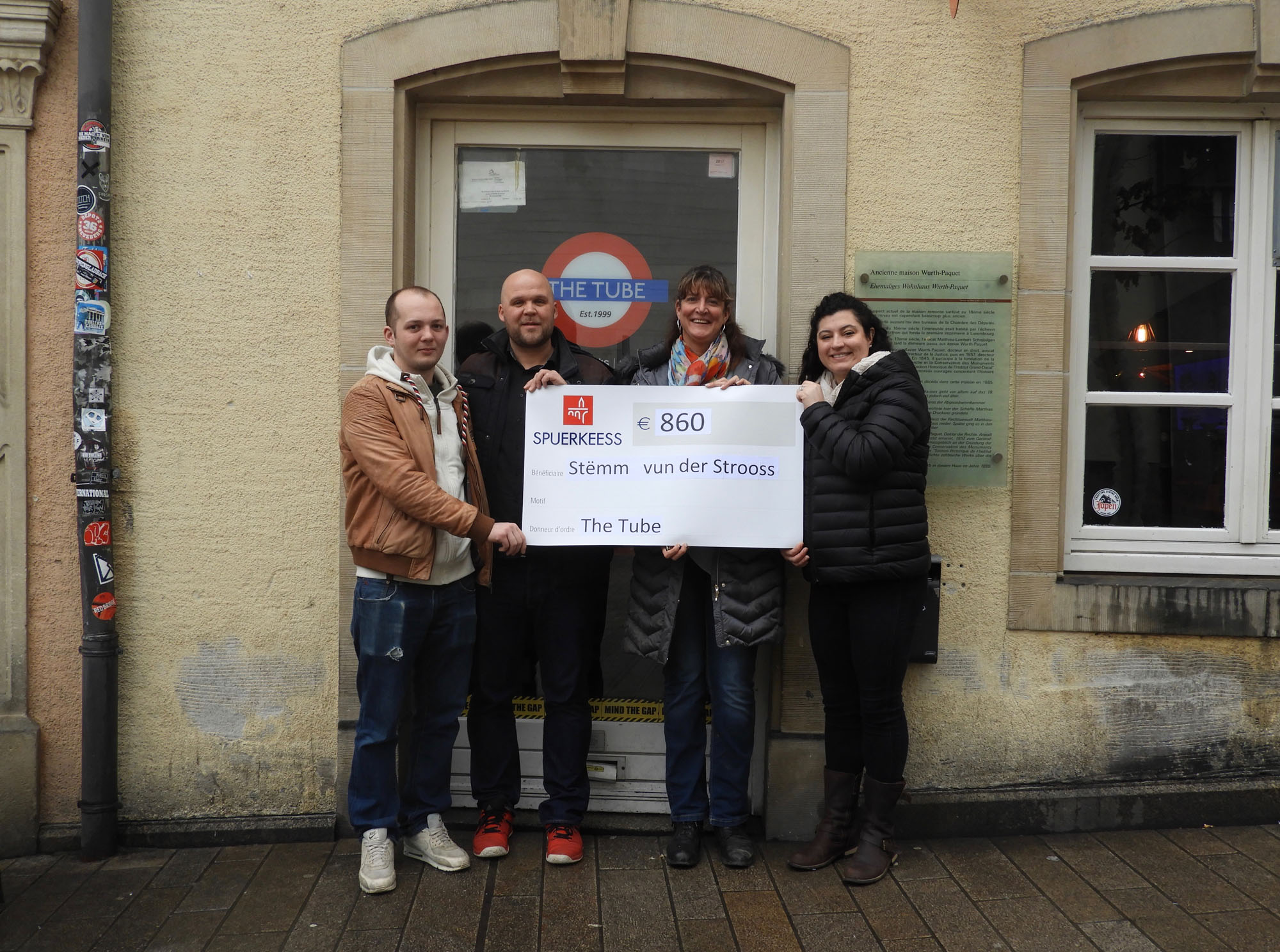 On January 8th, The Tube bar organized its Big quizz 2017, an opportunity for its team to turn this event into a fundraiser for people in need.

Each interested person had to pay an entry fee of at least 5 euros in order to participate and answer questions related to political, sports and cultural news in the Grand Duchy. 17 teams, totalling 70 people, competed by putting their knowledge to the test on Monday night.

All of the evening’s profits were donated to Stëmm vun der Strooss. But the momentum of generosity didn’t stop there, since the organizers and the participants wanted to make an additional donation in favour of Stëmm by doubling the amount collected. Having gratefully received 860 euros from The Tube, Stëmm vun der Strooss reinforced the message that everyone can fight against social exclusion in their own way.