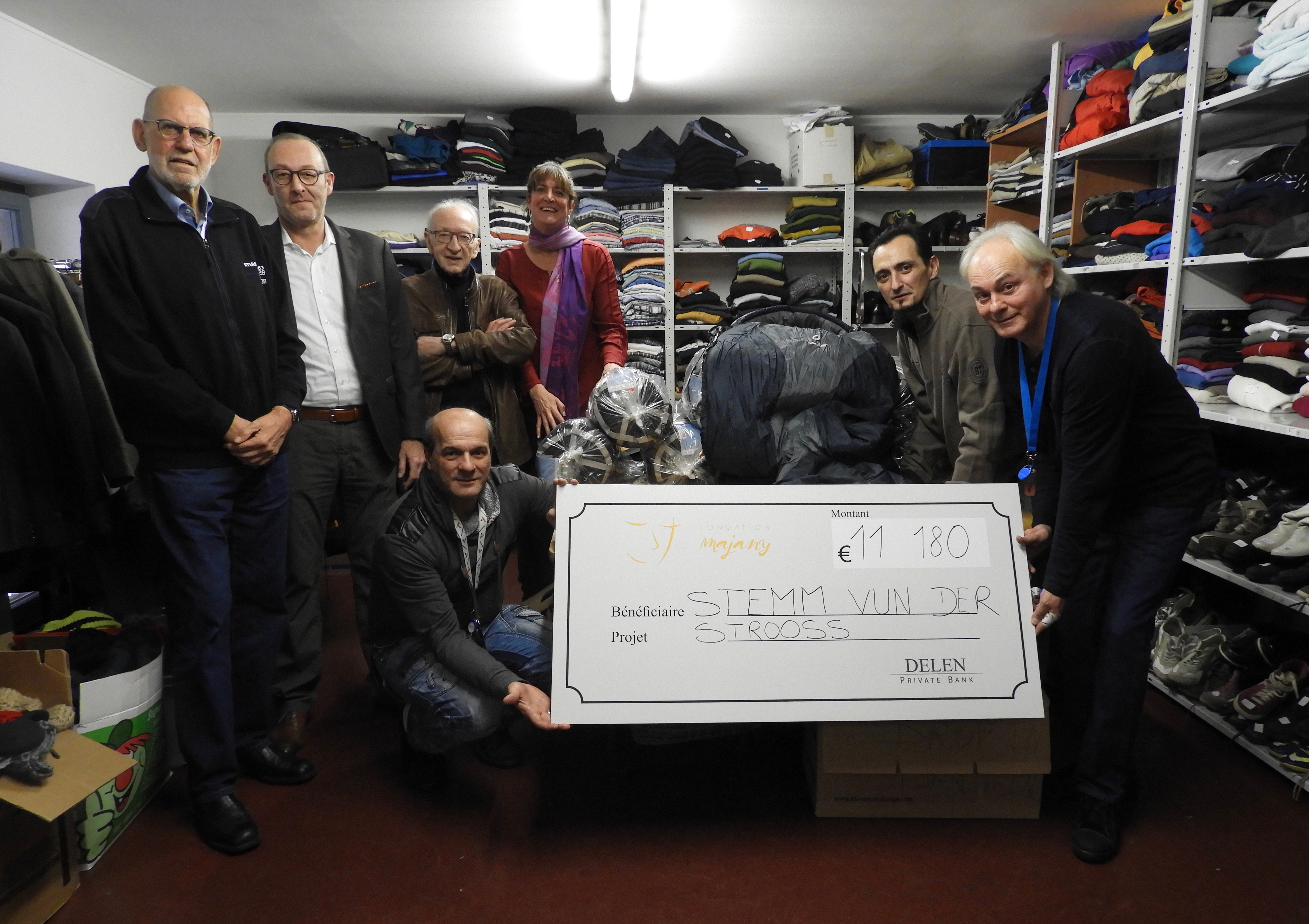 Stëmm vun der Strooss received a donation of 11 180 € from Claude and Laurent Meiers, both founder members of Fondation Majany. The handing over of the cheque took place in the social canteen in Hollerich in presence of the president of the association, Marcel Detaille and the director, Alexandra Oxacelay.

This donation allows to finance amongst others 80 sleeping bags that will be distributed starting from april in anticipation of the end of the “Wanteraktion” and the closing of the night shelter in Findel.