Free conference on solidarities and (in)equalities in Europe 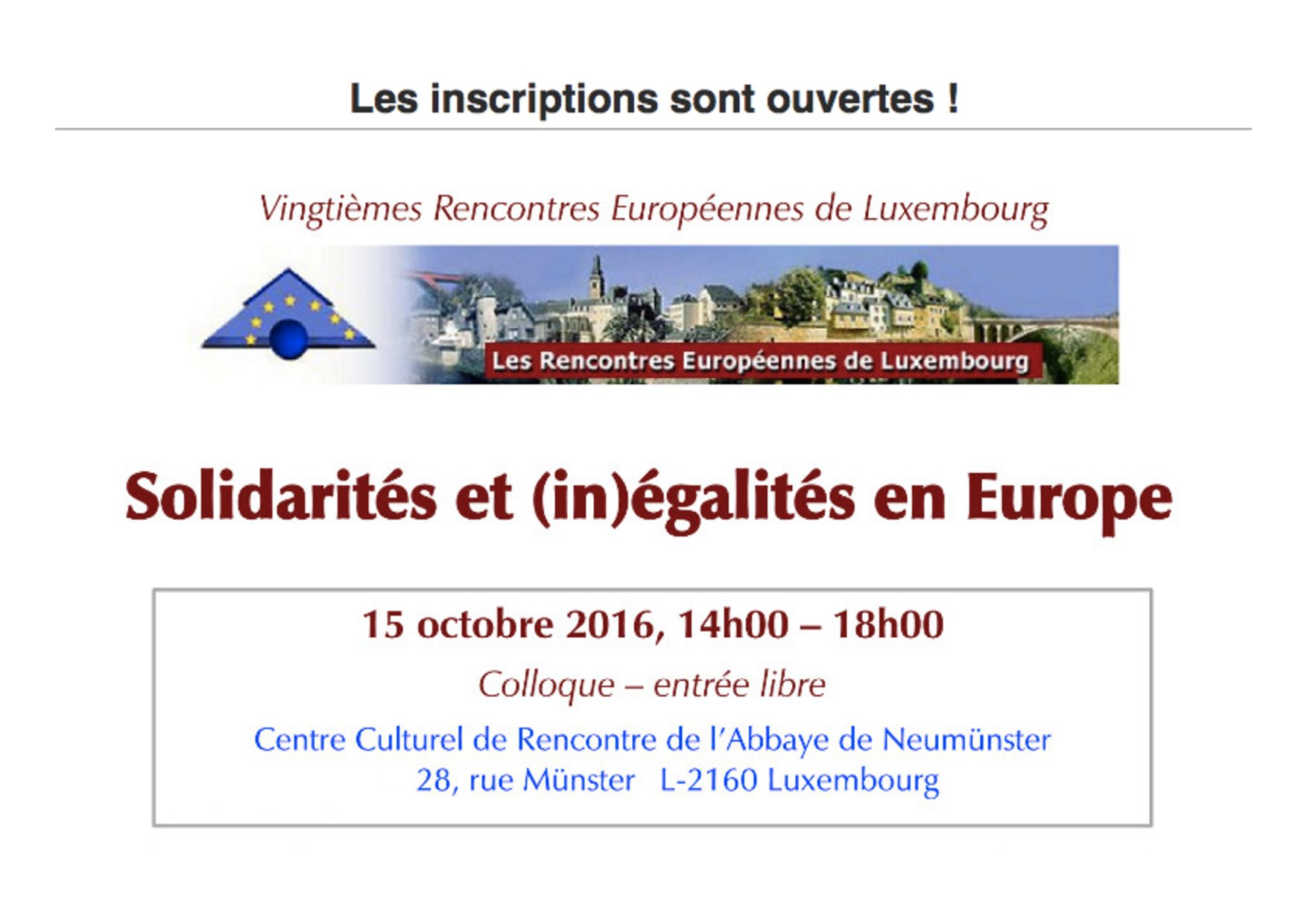 Fortress Europe is facing several threats to equality at the moment: the refugee ‘crisis’, Brexit, the rise of right-wing populism, austerity politics, free trade agreements that pose a threat to the environment and to workers’ rights, the increasing gap between the rich and the poor, homelessness, to name but a few. How can we encourage solidarity and fight for equality in these trying times?

On October 15th 2016, director of Stëmm vun der Strooss Alexandra Oxacelay will have the pleasure of moderating a round table conference on solidarities and (in)equalities in Europe, organised by the ‘Rencontres européennes de Luxembourg’ (engl. European meetings of Luxembourg).

The speakers at this event, for which the entrance is free, have different professional backgrounds concerned with social inequalities. Conchita d’Ambrosio is a professor of economics at the University of Luxembourg who is currently working on a research project investigating the effects of inequality on children when young adults. Françoise de Boe is the coordinator of the ‘Service de lutte contre la pauvreté, la précarité et l’exclusion sociale’ (engl. Service for the fight against poverty, social insecurity and social exclusion) in Belgium, an organisation primarily concerned with giving a voice to persons living in poverty and allowing their participation in shaping existing support systems. Patrick Savidan is a professor of political philosophy at the University of Poitiers and co-founder and president of the ‘Observatoire des inégalités’ (engl. Inequality watch) in France. His work is informed by the concept of akrasia, the weakness of will. Nicolas Schmit is a the current secretary of labour, employment and social economy. Michaël Verbauwhede is a Workers’ Party of Belgium, which is similar to the Luxembourgish party Déi Lénk, deputy of the parliament of Brussels.

The conference thus brings together a variety of professionals who have different approaches to fighting inequalities and who might not necessarily meet during ordinary days of work.

The Stëmm vun der Strooss would be exited to meet you at this unique event.