Help the homeless during winter! 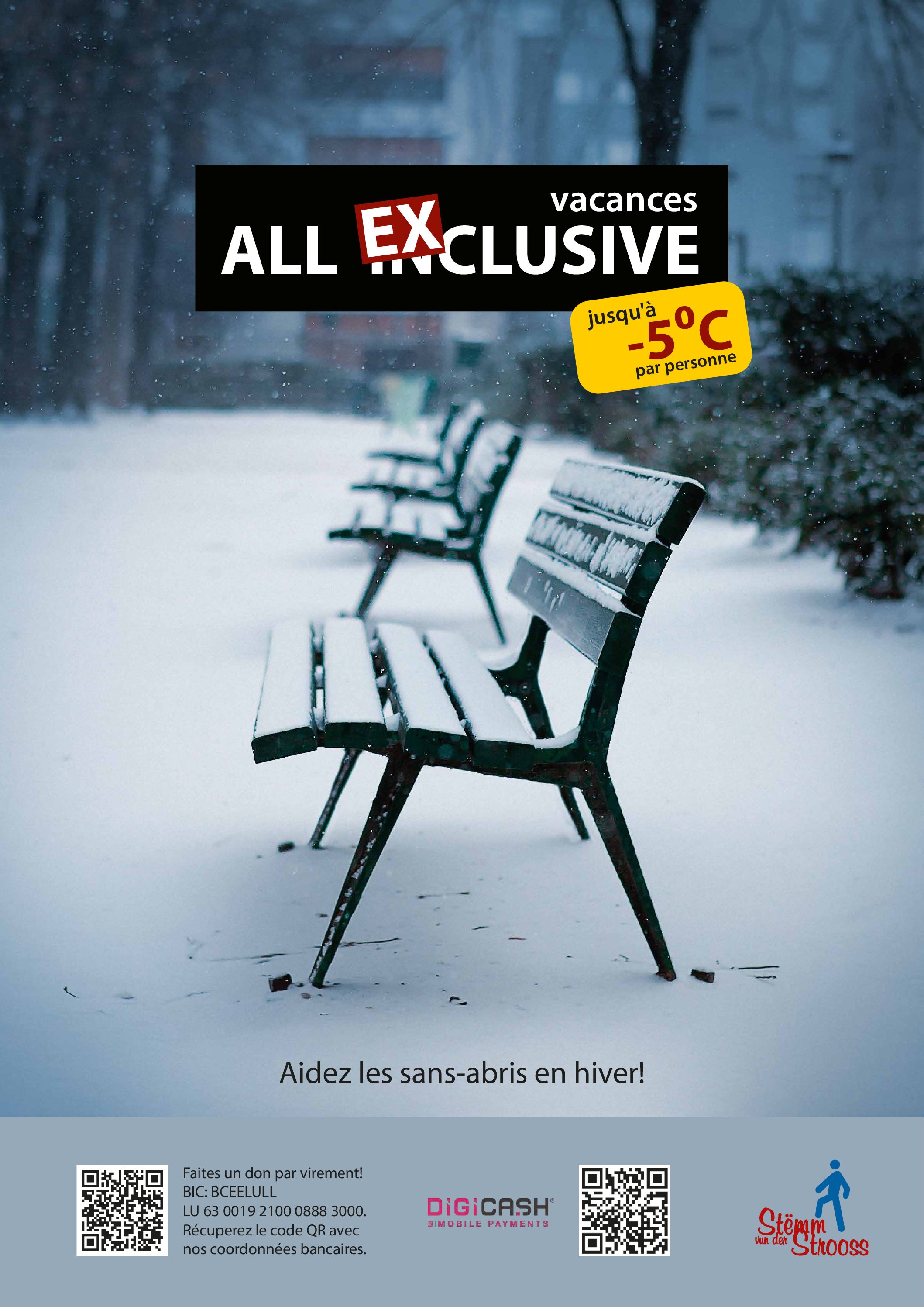 Every winter and the third year in a row the company ‘The Loupe’ from Vianden creates a poster for Stëmm vun der Strooss. The goal is to draw attention to the problems of the homeless community and less well-off people. It’s about voluntary work which was done by Tetyana Karpenko to help Stemm vun der Strooss collect more money and fight urgent problems.

The need for action is there. The poverty rate in Luxembourg is growing which is being confirmed by the following numbers. During the first 10 months this year, 82 835 meals were served in Hollerich and Esch, while in 2015, there were only 51 083 meals served in the two restaurants. An increase of 38% in the last 3 years. Analysing only the numbers in Hollerich, one can see that the increase in poverty is even greater. Since the beginning of this year, there were 65 649 meals prepared, while in 2015 there were only 34 544. In this particular case, it is an increase of 47%.

Should you be interested in hanging this poster in your office, simply call 49 02 60 36 and you will receive one or more for free. You can also find it on the homepage of the association www.stemm.lu. To make a tax-deductible donation, simply make a transfer to the account LU63 0019 2100 0888 3000 BCEE.