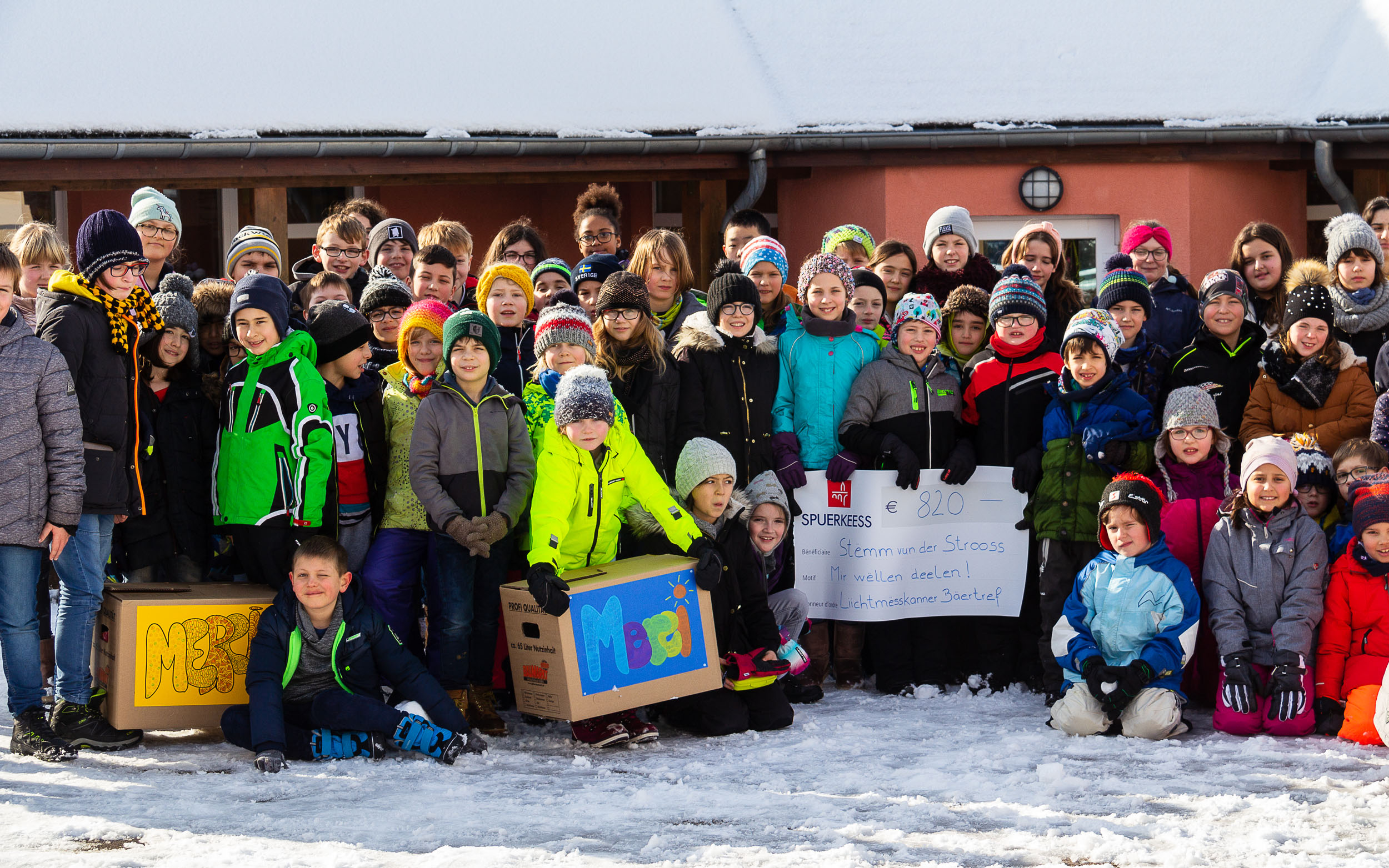 Between Saint Nicholas and the “Liichtmessdag”, chocolate and other sweets accumulate in many families. 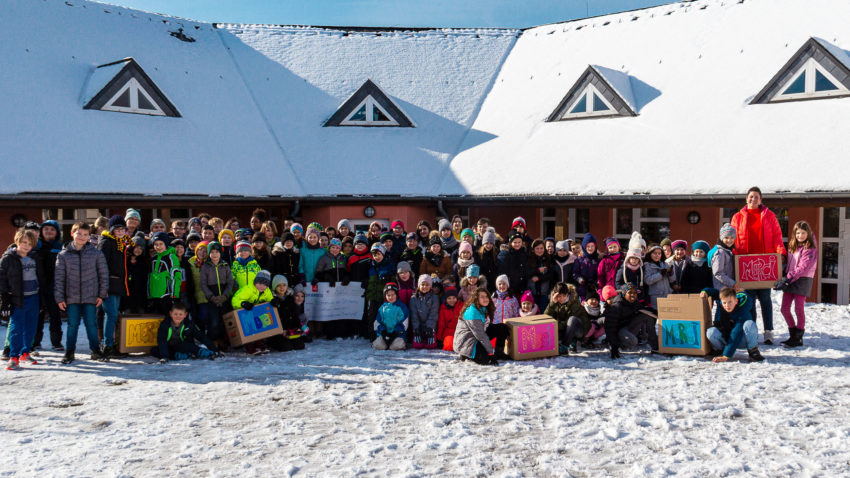 On the initiative of the parents’ representatives, a box was placed in the school in Berdorf, where children could donate their sweets to the “Stëmm vun der Strooss. During three days, the children gave a lot of snacks and proudly handed over five well-filled boxes to Alexandra Oxacelay, director of the “Stëmm vun der Strooss”. Half of the money collected during the “Liichtmessdaag”, i.e. a total of € 820, was also handed over to Oxacelay on this occasion in the form of a cheque. She cordially thanked the children and congratulated them for their solidarity. She explained to them that both the sweets and the money they were willing to donate were needed at the “Stëmm vun der Strooss” to help the disabled people in this country.

A last thank was made to the residents of Berdorf, who welcomed the children so well at “Liichtmessdaag” and made this collection campaign possible thanks to their generosity.