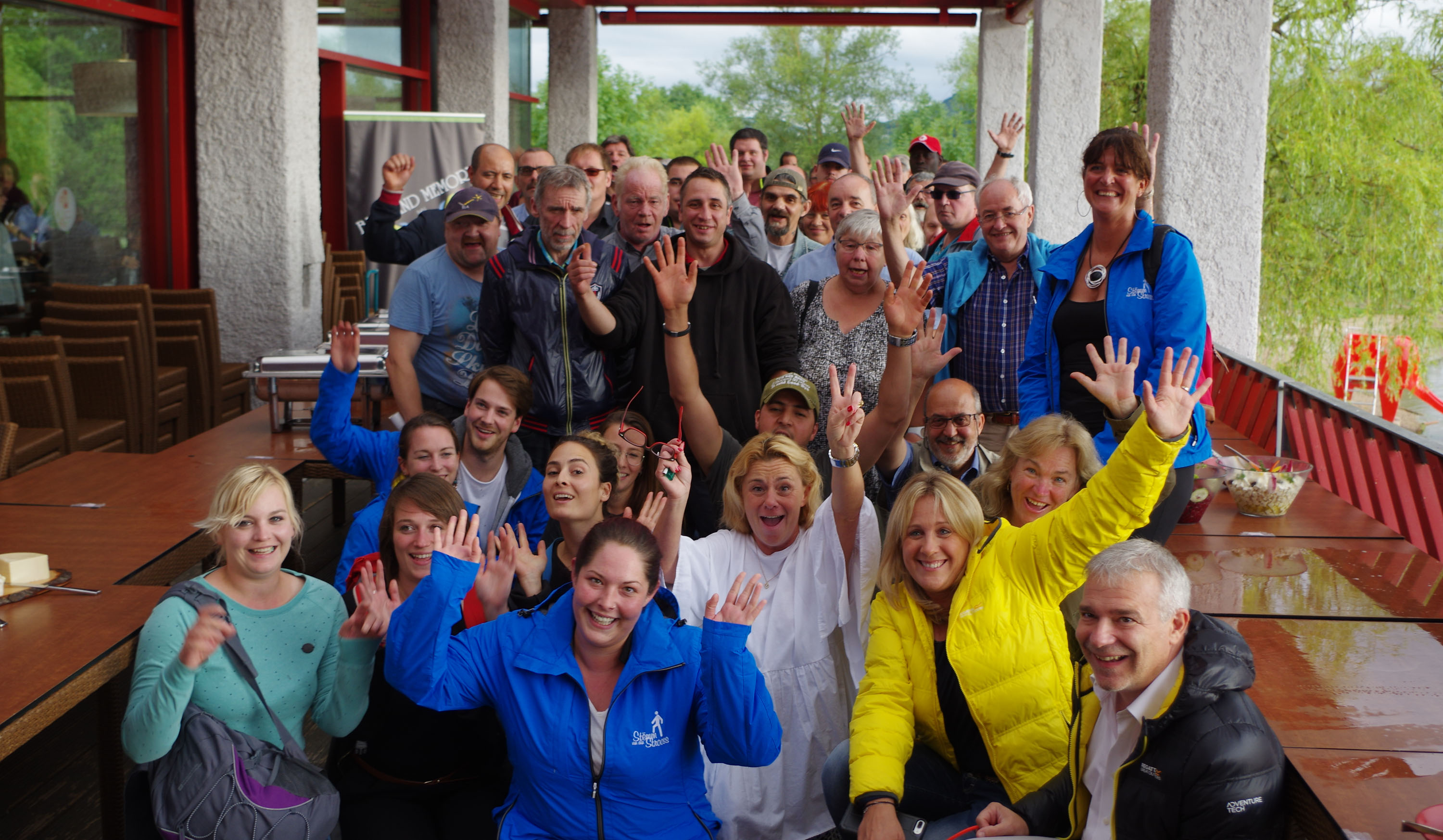 On Thursday 27 July, the doors of the social canteens of Stëmm vun der Strooss remained closed. The reason for this unusual closing was the traditional annual summer excursion organized by Stëmm, in which 101 people in need participated. 64 people from Esch-sur-Alzette and its surroundings went to discover Saarburg in Germany, while a group of 37 who usually eat at the canteen at 7, rue de la Fonderie in Hollerich instead visited the Roman villa of Borg in Germany, had a picnic on the banks of the Remerchen ponds and took a bike ride along the Moselle.
“When I was 18, I did cyclo-cross (cross-country racing on bikes). So today, to be able to cycle from Remerschen to Stadtbredimus, reminded me a bit of the past. I would like to buy a bike, but unfortunately I can’t afford it,” said Steve, who has just started working at the Stëmm’s Caddy service after spending four years receiving psychiatric support following severe depression.

“When they left my restaurant, they looked happy. I wanted to please them, and they gave me so much in return.” Nathalie Chomat chose to invite Stëmm’s beneficiaries to dine at her restaurant Le Chalet in Remerchen because she wanted to meet people who live in difficult conditions. As Nathalie is not in the habit of doing things by half, she asked her friends to contribute: the Schengen municipality offered the entrance passes to the Biodiversum Museum and to the lake, the Dräilännereck section of the OGBL paid for transport costs by sponsoring 2 buses, the Café Lorrain provided breakfast, and the companies Förch and Total distributed surprise bags and jackets. Among the many other diners, the people who live on the fringes of society recognized Dan Kersch, the Minister of the Interior.

The traditional summer excursion ended with an outdoor concert open to the general public, for which the Mondorf-les-Bains and Schengen municipalities printed and distributed the flyers and posters.

For Alexandra Oxacelay, this day of relaxation and winding down was more than just an excursion, more than just volunteer work; it was a social commitment, and an example to follow: “Thanks to the support and the commitment of Jeannot Dresch along with the 20 musicians of Big Band Memory, Nathalie Chomat and the many donors, the people we welcome every day in our social canteen in Hollerich have been able to forget their woes, for a moment.”