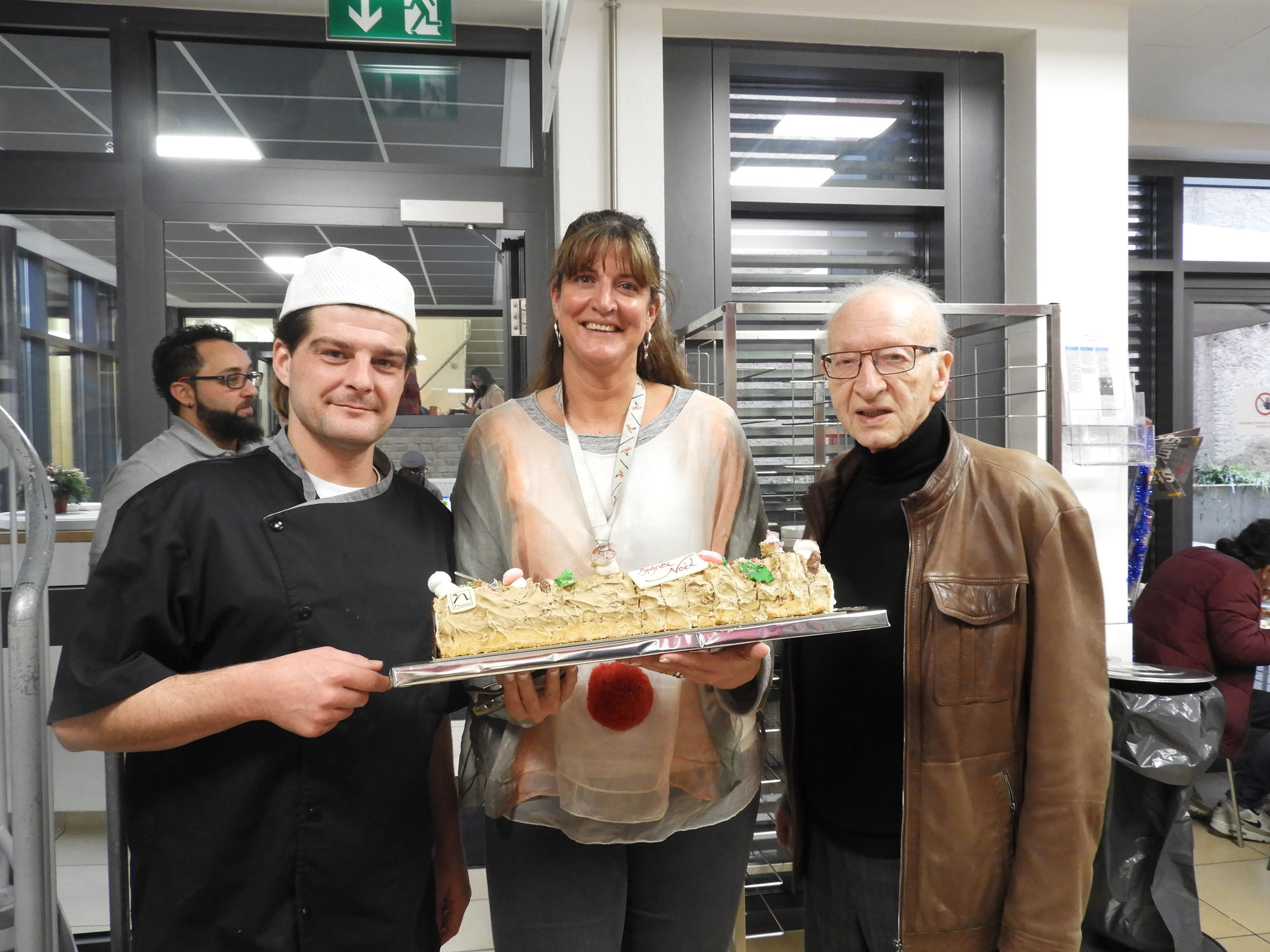 On 21 and 22 December, Stëmm vun der Strooss was offered Yule logs made by the Namur bakery which were distributed in their social canteen in Hollerich, located at 7 rue de la Fonderie.

This initiative was funded by the Majany Foundation represented by its founding members Claude and Laurent Meiers, and John Li. The President of the Foundation, Claude Meiers, who last February had already shown his support by giving a donation of €10,000 to Stëmm, wanted to personally serve those in need.

As a reminder, on average 258 meals are distributed daily in the Hollerich canteen and no less than 158 people daily use the various services offered by Stëmm vun der Strooss. This difference in numbers can be explained by the fact that some people have second helpings for the simple and valid reason that it is their only meal of the day.