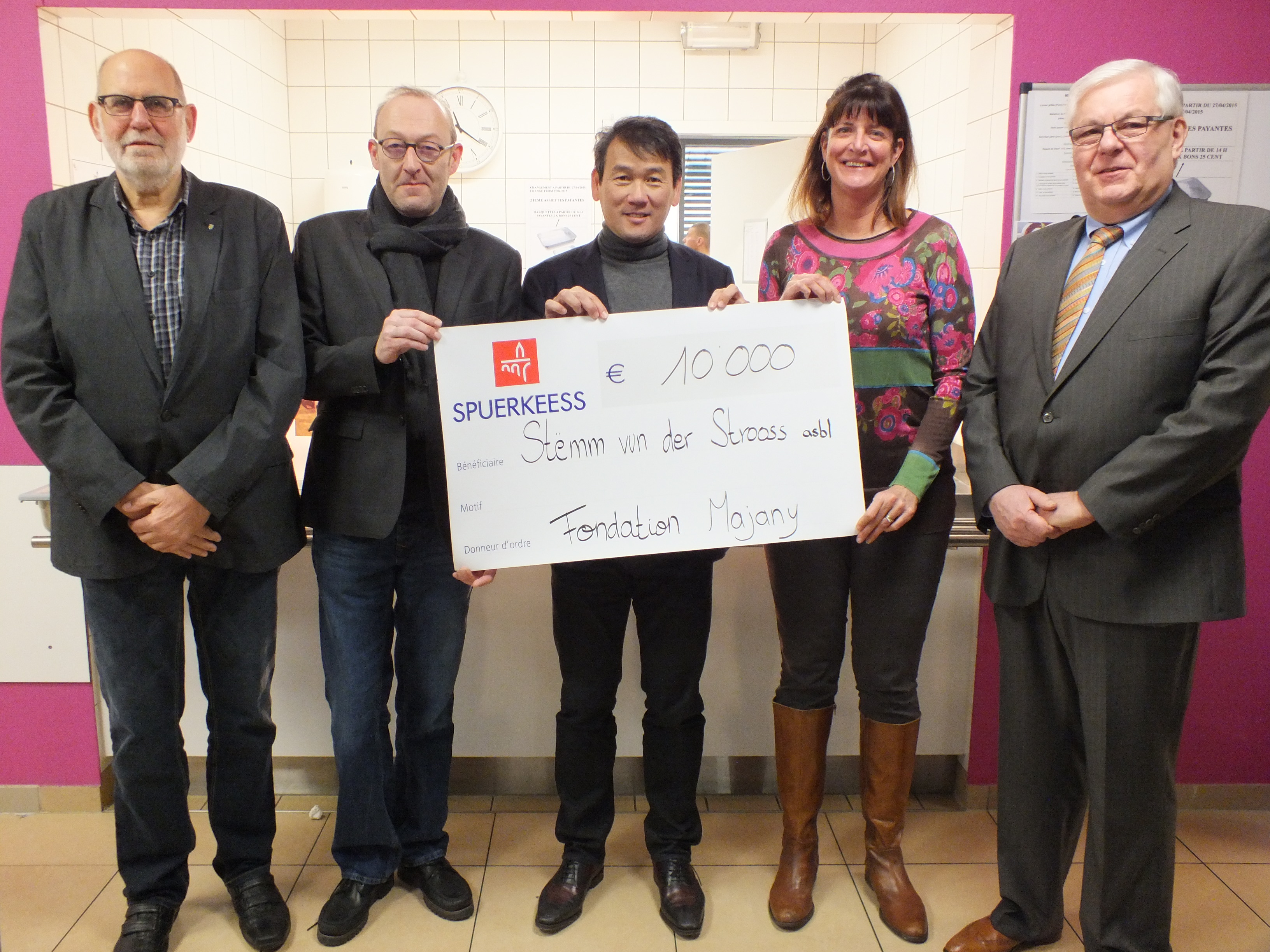 On February 17th, the chairman and general manager of the Stëmm vun der Strooss, Marcel Detaille, the vice-president, André Theisen, and the executive vice-president, Alexandra Oxacelay, have received a donation of 10 000 € on behalf of John Li and Laurent Meiers, the two founders of the Majany Foundation, whose administrative management is operated by the King Baudouin Foundation.

It is following a first meets in December around a meal taken within the social restaurant located 7, rue de la fonderie in Hollerich, that John Li, Laurent and Claude Meiers agreed to follow the example set by the two asbl « Laachen vir ze heelen » and « Kolping », by taking in charge some human resources costs:

This money will be used starting from May 1st, and during 4 months, to finance the salary of a cook engaged for a 20 hours per week contract. For Marcel Detaille, “It is crucial to hire a cook with a full-time contract, to be able to handle at the same time the preparation and the distribution of the meals.” In 2016 the Stëmm vun der Strooss served 71 420 meals in Hollerich restaurant, and 28 710 meals in Esch restaurant, thus a total of 100 130 meals which represents an increase of 36,7% compared to the previous year.

Gifts can be carried out, by simple transfer on the Stëmm vun der Strooss asbl account
LU63 0019 2100 0888 3000 opened within BCEE. They are deductible fiscally.