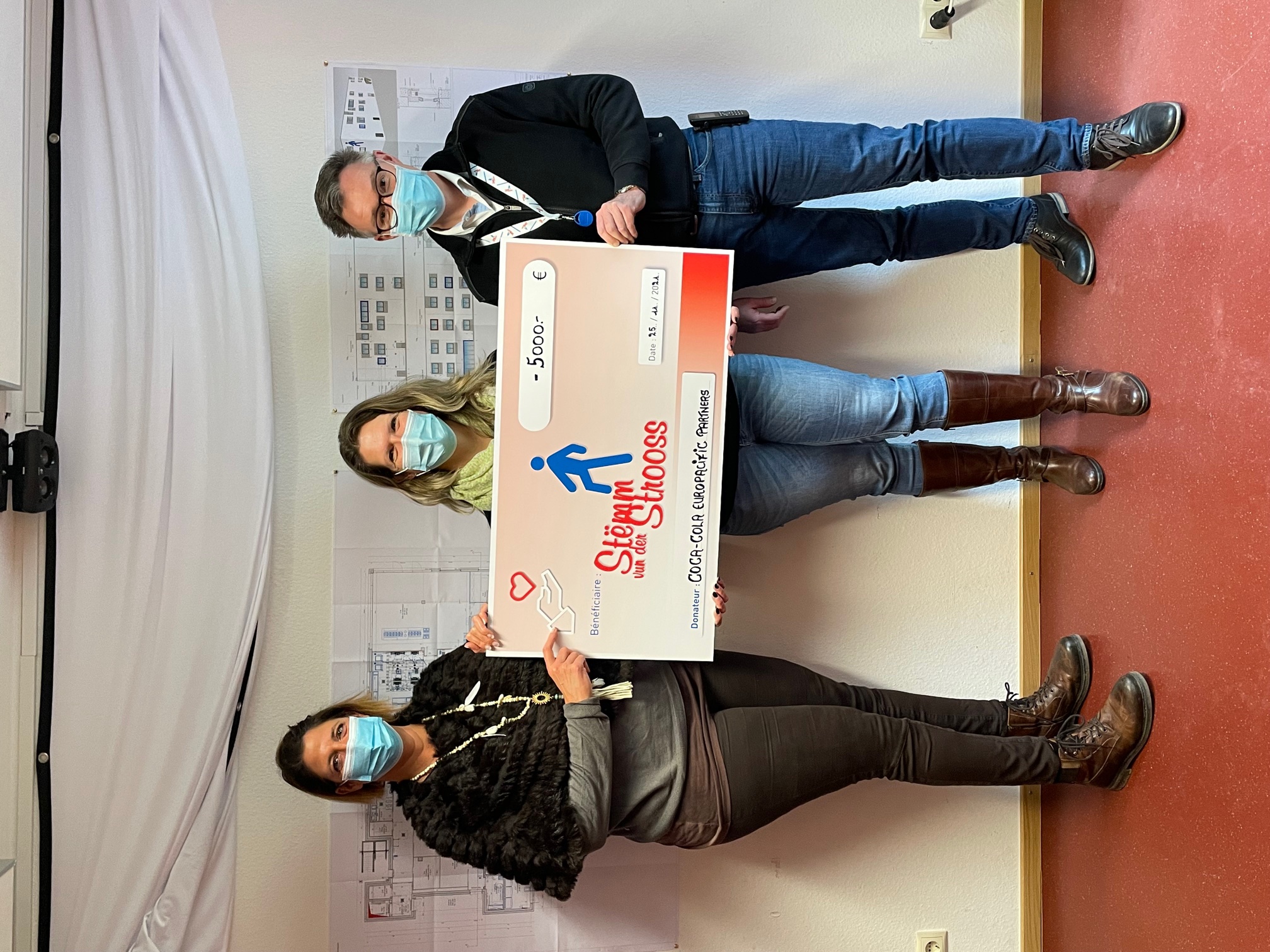 On Thursday 25 November, the Stëmm vun der Strooss received a visit from Joëlle Arnold, who officially announced the support of Coca-Cola Europacific Partners (CCEP) for the “Caddy 2” project with a donation of 5,000 euros. This project will tackle food waste and employ 90 people in vocational reintegration. These people, who receive a social inclusion income, will be employed in jobs such as cooking, transport, logistics, cleaning, ironing, sewing or service. Instead of the 100 tonnes of food currently collected, processed and redistributed thanks to Stëmm’s partnership with the Auchan hypermarket, the asbl will increase to 500 tonnes per year in the future.

Due to its size, the “Caddy 2” project meets a need in Luxembourg that could not be met until now: It fights food waste, promotes solidarity and creates new jobs at the same time. It creates added value throughout the chain and helps to reduce poverty. It is a sustainable, innovative and local project. Joëlle Arnold emphasised, “This donation was a no-brainer and we are happy to make a positive difference for the people who need it most.”
The donation came about through a drive at CCEP where staff were encouraged to suggest a charity close to their hearts.

The Stëmm vun der Strooss management, represented by Alexandra Oxacelay and Arnaud Watelet, went through the building plans, presented the project in detail and concluded with a tour of the Hollerich site.