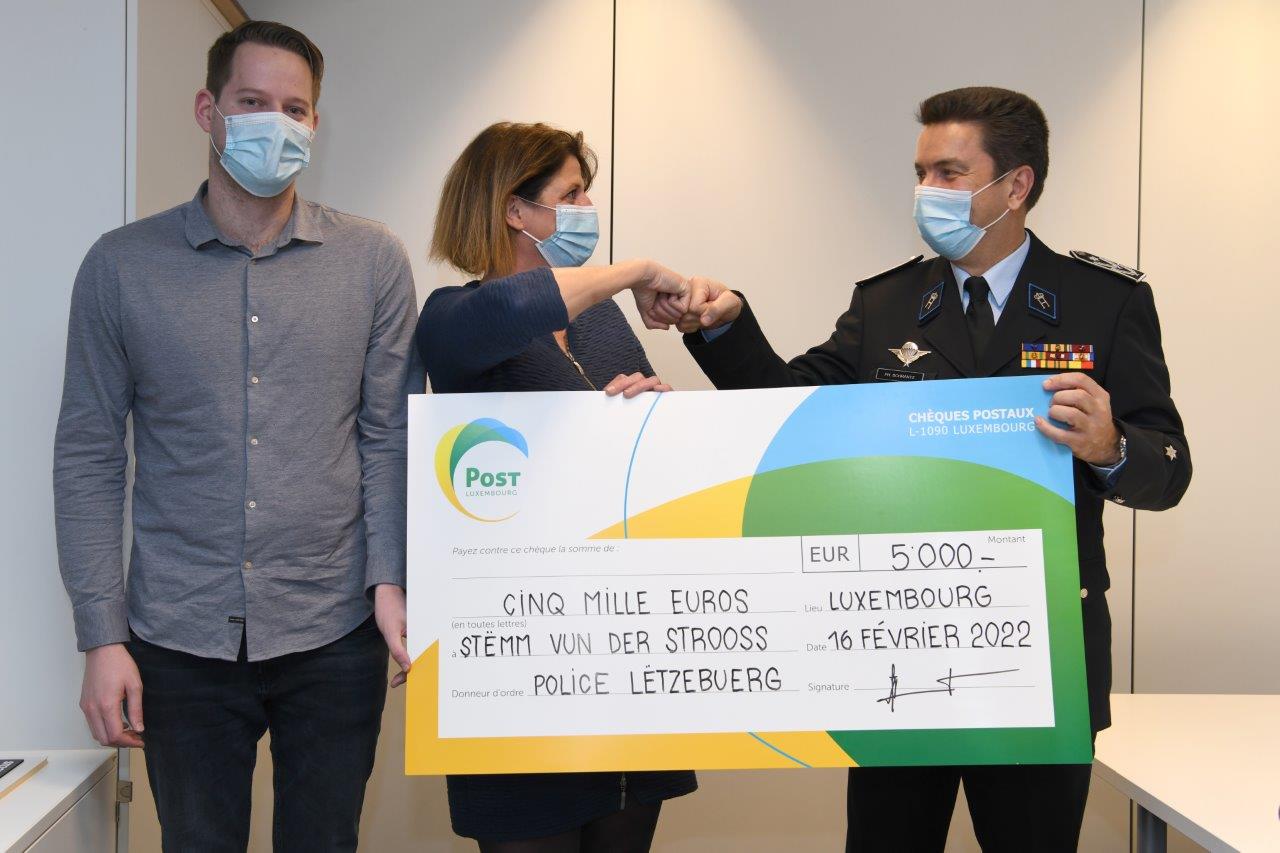 As part of the annual “Action sociale” of the Grand-Ducal Police, an internal appeal was launched last year to support the Stëmm vun der Strooss. With the help of a video made by Police Lëtzebuerg, the officers were made aware of the activities of the association. In an interview with the director of the Stëmm, Alexandra Oxacelay, the new project Caddy 2. in Sanem was also presented, for which the collected donation will be used.

In total, a considerable amount of 5 020€ was collected, which was handed over to the association during an official cheque presentation on 16 February 2022 in the premises of the Directorate-General of the Grand-Ducal Police. The donation ceremony took place in the presence of the Director General of Police Lëtzebuerg, Philippe Schrantz, and Alexandra Oxacelay. This meeting was an excellent opportunity to present the Caddy 2. project in more detail.

For the project in the industrial area Um Woeller in Sanem, 40 additional people will be employed, who are undergoing vocational rehabilitation. On the other hand, the non-profit association will aim to increase from 100 tonnes to 500 tonnes of food, which is currently collected, processed and redistributed under strict food safety management thanks to the partnership with the hypermarket Auchan.

The funding phase is still ongoing and the Stëmm vun der Strooss is calling on all donors who might be interested in this project, which is at the same time social, ecological and economic.

Alexandra Oxacelay, thanked the General Director of the Grand-Ducal Police and all the police officers who participated in this selfless fundraising campaign. 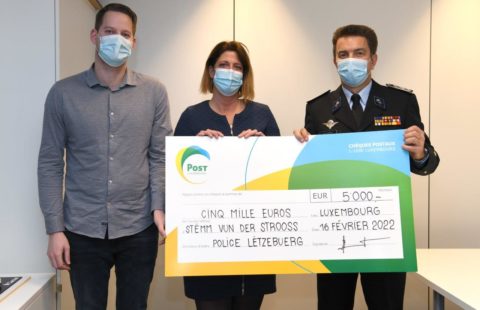 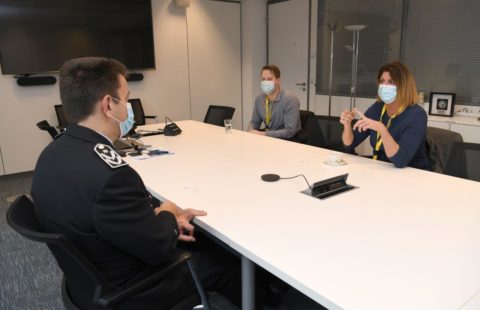