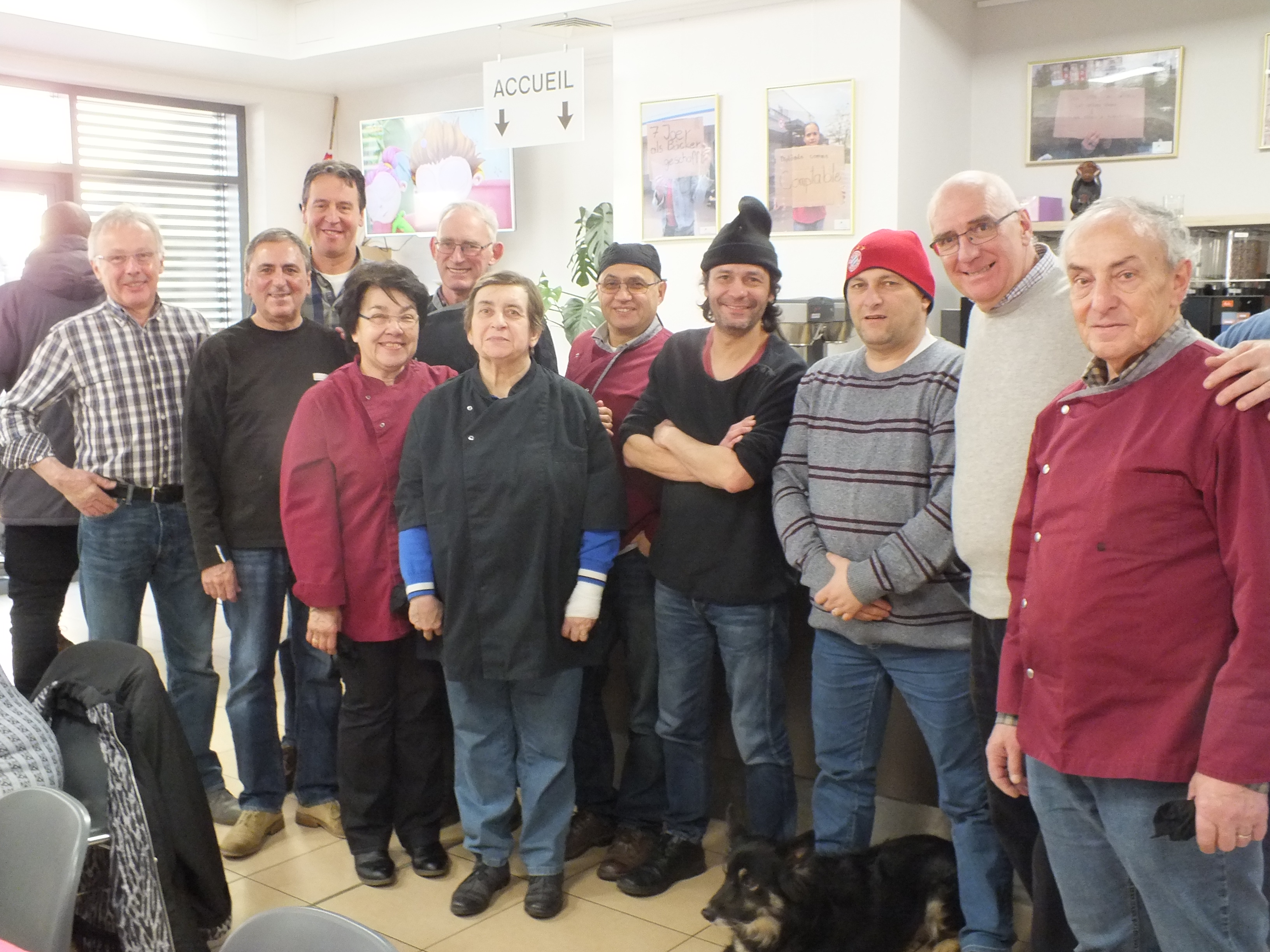 Contrary to the bad reputation of Friday 13th, the customers of the Stëmm vun der Strooss have enjoyed a wonderful afternoon, thanks to the support of nine members of the Ste Cécile Fëschbech-Angelsbierg-Schoos choir, who served them meal and desserts offered by Primafood.

Following the idea of John Daems, former boss of the company named Primafood, but also leader of the choir, this initiative came out: Two volunteers have helped in the kitchen, preparing the hot meals which have been distributed for free during this event. Two others volunteers helped in the restaurant room, serving the dessert. Another person distributed the sandwiches, another was taking care of the distribution of the coffee, and the two last volunteers have helped behind the counter. In the meantime, the leader of the choir, John Daems was at the entrance, personally accommodating the customers of the Stëmm vun der Strooss restaurant.

This magnificent banquet managed by volunteers, has been much appreciated by people whose life has not been easy.