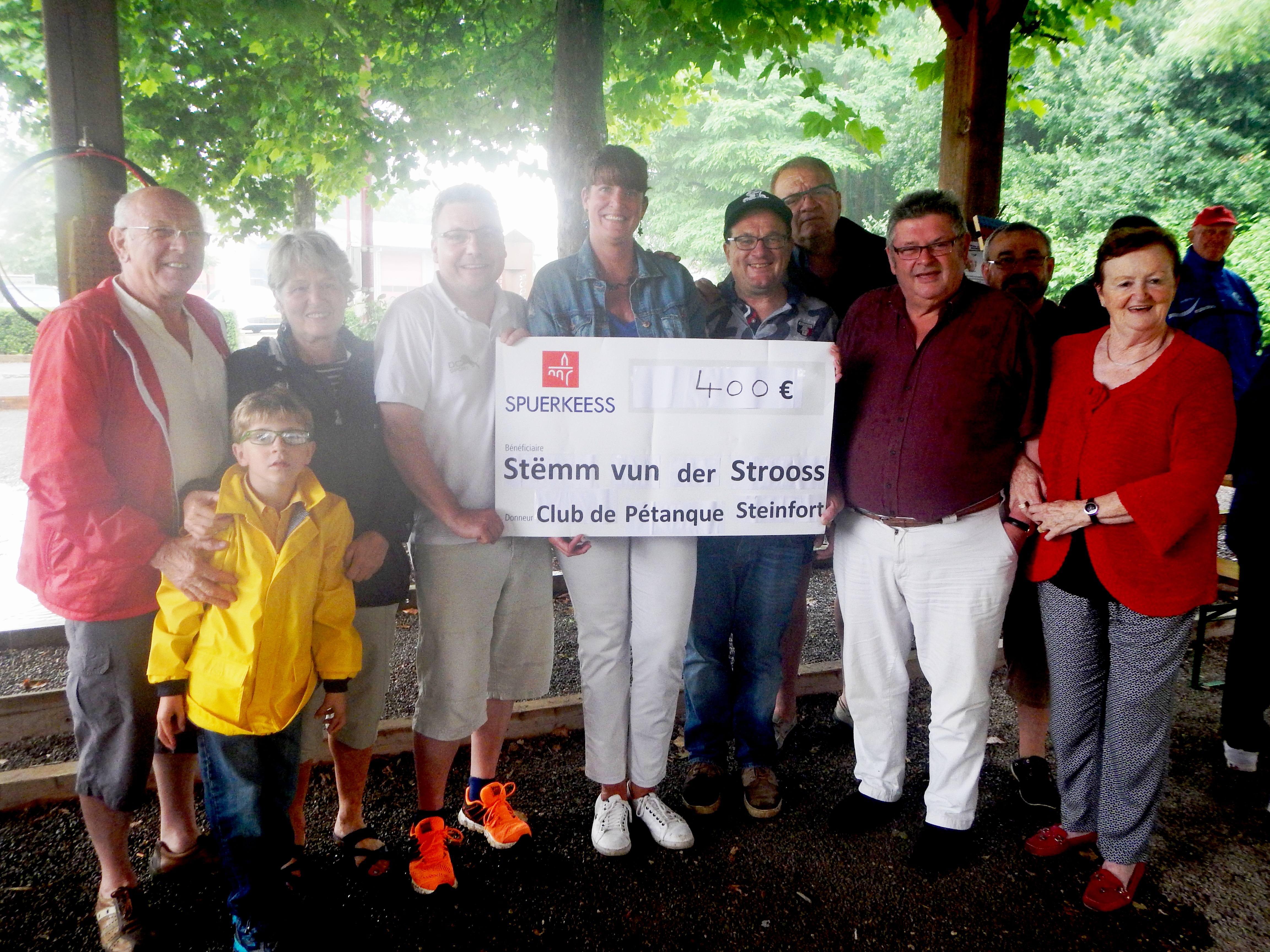 A pétanque tournament took place on Saturday 23 July 2016 on the site of Aal Schmeltz in Steinfort where a total of ten teams divided into groups of three had the pleasure of playing for a good cause.

The tournament was an initiative launched by Franco LONGHINO, President of the Steinfort Pétanque Club.

All teams, namely 30 players (including participants not licensed to a pétanque club) enjoyed a fun mood, relaxed atmosphere and good sportsmanship in this tournament among amateurs.

Through this event, 400 € profit was made and donated entirely to Stëmm vun der Strooss.

This donation will be used by Stëmm to partially finance the two big annual excursions organised by the association. They plan to arrange a visit to the caves of Han in Belgium for the people who frequent the social restaurant in Hollerich, and an outing to Phantasialand amusement park in Germany for those who use the facilities in Esch sur Alzette.