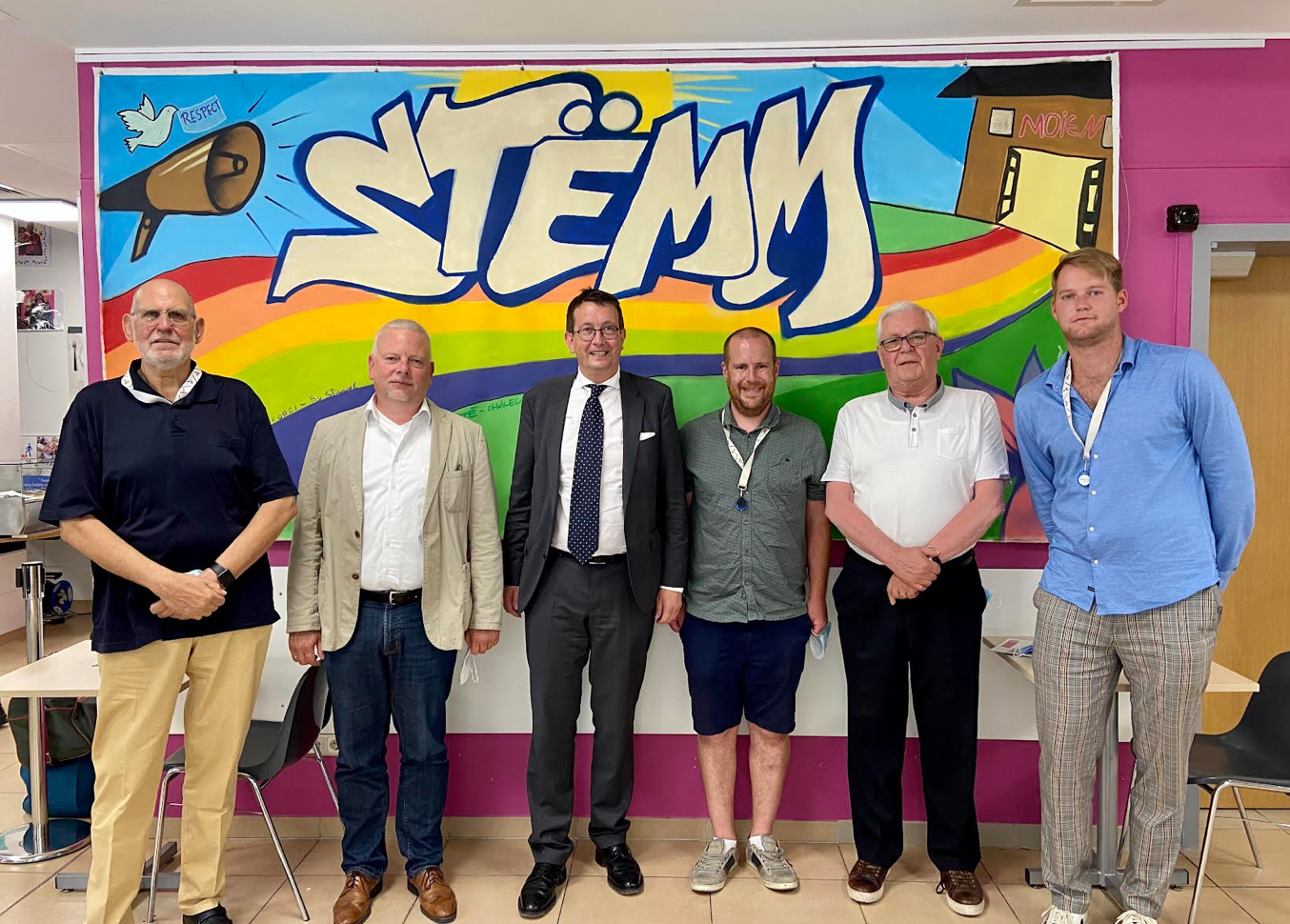 The meeting began with a tour of the premises in the presence of the president of the association, Mr Marcel Detaille, the vice-president, Mr André Theisen and the person in charge of the Hollerich site, Mr Charles Bechet.  Afterwards, over lunch with the board members of the Stëmm vun der Strooss association, the alderman took the opportunity to discuss the main projects to be implemented in order to improve the situation of the most vulnerable in the long term.

Among other things, the upcoming opening of the Saxophon establishment at 24, rue de Hollerich was discussed, which will relieve the social restaurant at 7, rue de la Fonderie and provide a place of recreation for the beneficiaries of the association.

The Stëmm vun der Strooss is happy to have welcomed Mr Maurice Bauer and Mr Christof Mann and to be able to count on such an important partner as the City of Luxembourg.