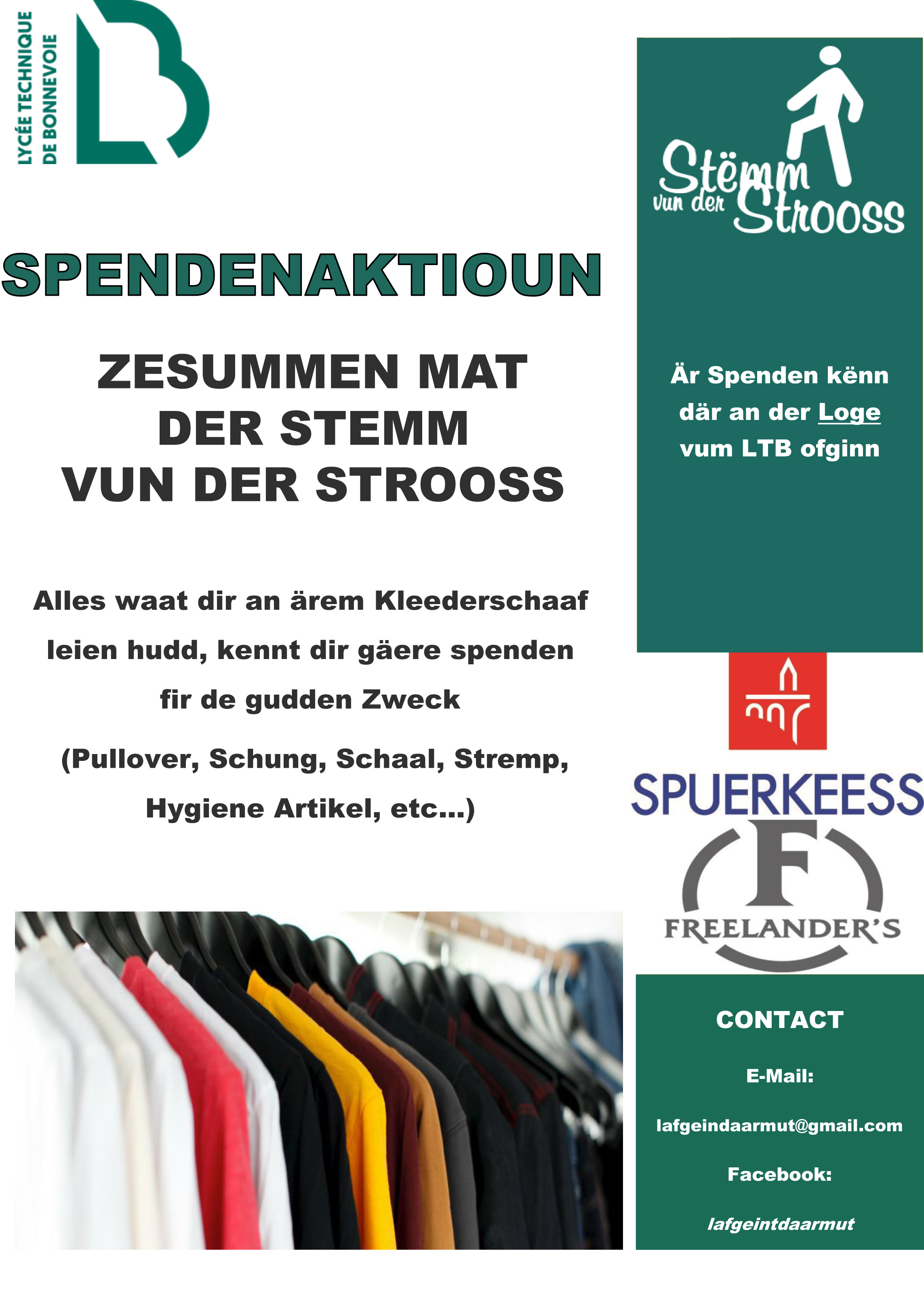 On Friday, 8th of March 2019, the high school “Lycée technique de Bonnevoie” organized a charity run against poverty on the initiative of the graduating class 1TPCM1. The class was named LGA Helping Team for this project. The aim was to collect clothes and to receive financial support, the proceeds of which were then afterwards donated to the non-profit organization Stëmm vun der Strooss. On March 22, the ceremony to hand over the donation took place in the ballroom of the high school, in the presence of the director of the Stëmm, Alexandra Oxacelay, and all the students who were involved in this project. When the students were asked, why they want to donate the proceeds to the Stëmm, they responded: “A stroke of fate and being forced to live on the street can happen to anyone. We do not like to think about it, but unfortunately it’s still a reality! ” 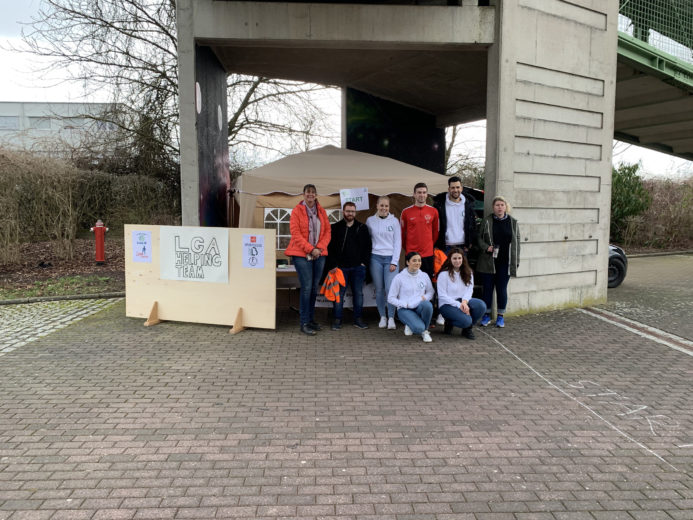 A charity run was planned, on a voluntary basis, around the high school LTB of about 2-3 kilometers. There was also set up an information booth of the association Stëmm vun the Strooss, as well as a stall with home-baked treats. To strengthen the runners, water and apples were ready and loud music served as a motivation. However, everything was different than planned because the weather has thwarted the whole organization of the students, just before the start of the race: It was pouring. So a plan B had to be found. 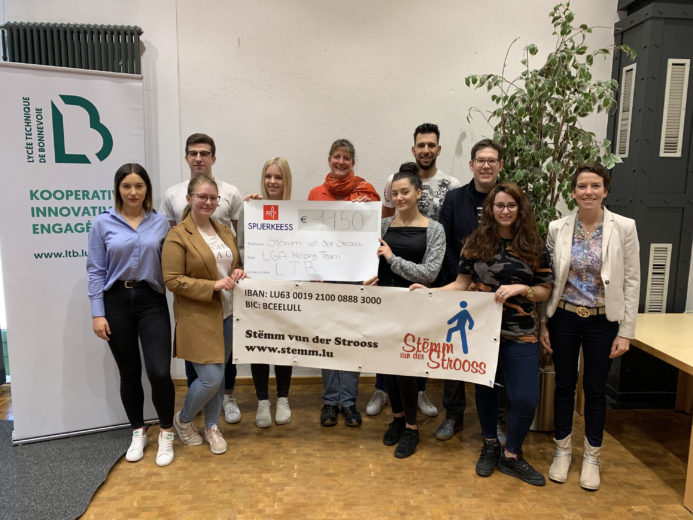 The entire event was relocated to the sports hall of the high school LTB. Here, around 80 students and teachers, under the supervision of sports teachers, ran their rounds to support the Stëmm. During the so-called “Laaf géint d’Aarmut”, cake was sold in the hall and the students organized a raffle: These proceeds also contributed to this donation. In addition, during a tour in every class of the high school, the students collected 1 to 2 euros from each participant in the run. 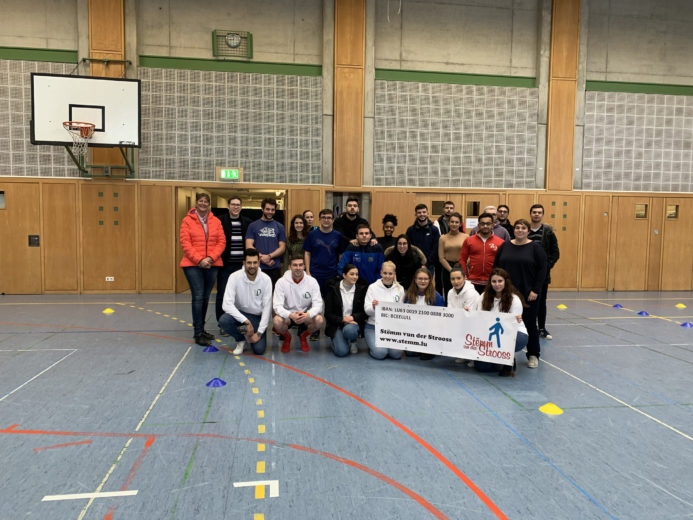 In the end, thanks to this initiative, a sum of 1 150 € was collected, as well as a full van with clothes, about 40 filled boxes, which are distributed for free in the Kleederstuff of the Stëmm in Hollerich and Esch to disadvantaged people. To sum up, despite the bad weather, there was no lack of willpower and commitment and therefore the Stëmm would like to thank all participating students and teaching staff, as well as all the generous donors, for this initiative. 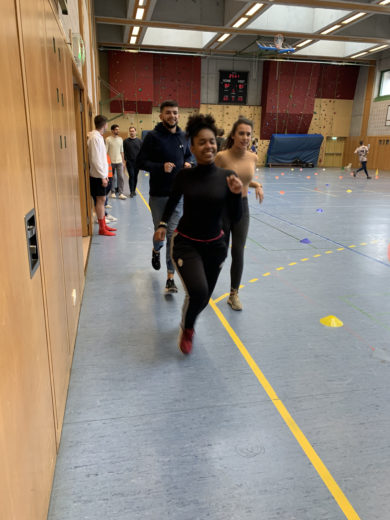