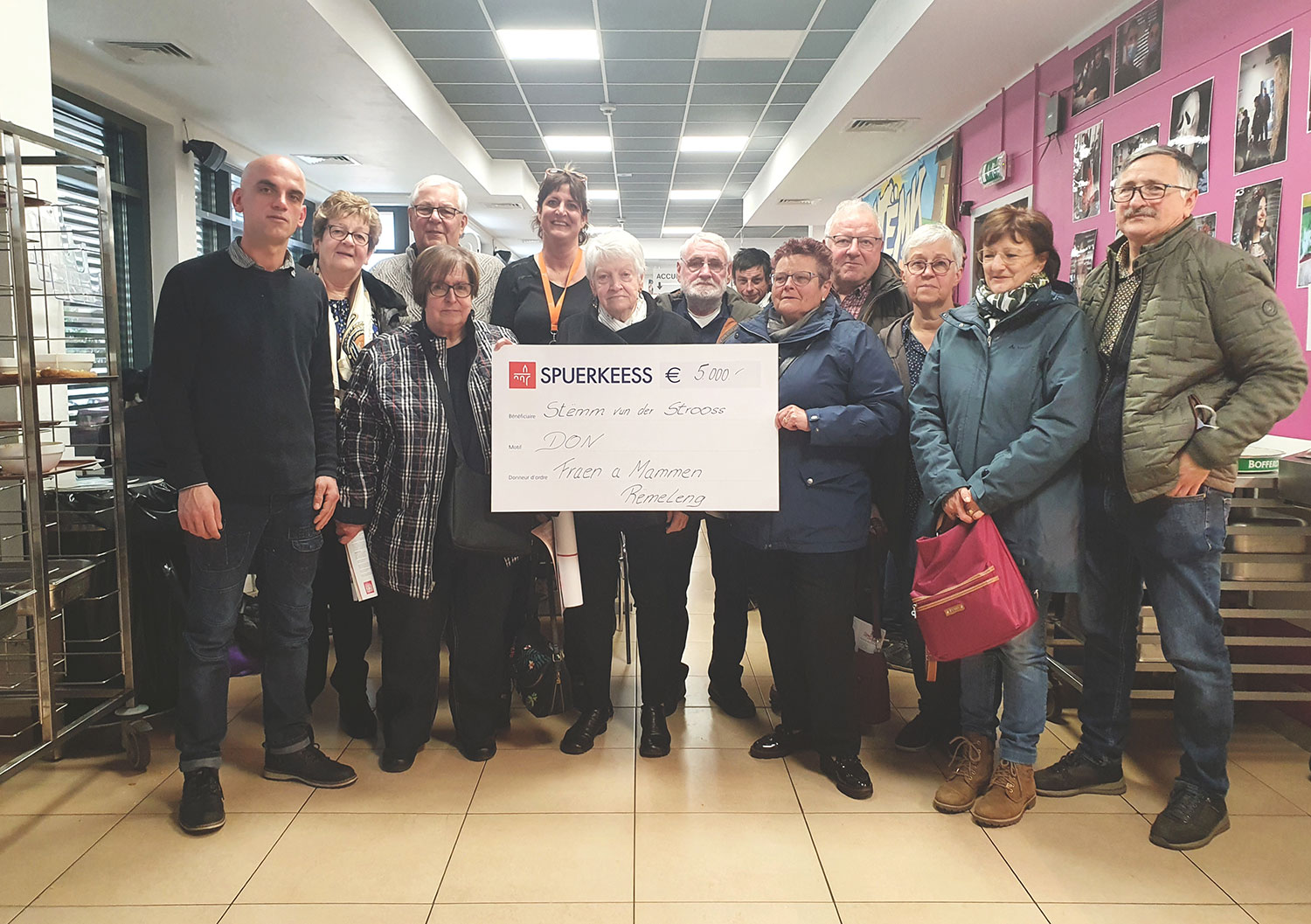 On Monday 4 April, the committee of the Club Fraen a Mammen Rumelange visited the headquarters of the Stëmm vun der Stross at 7, rue de la Fonderie in Hollerich. Represented by President Amélkie Zirwes, the members of the club were welcomed by Alexandra Oxacelay, Director of the Stëmm, who was given a beautiful cheque for €5,000. At the same time, the visitors were able to gain an insight into the daily activities within the Stëmm.

The collected sum was the result of a Christmas market organised by a dozen motivated and dedicated women who had prepared and sold a huge amount of cakes, waffles, croque monsieur, biscuits, jams, christmas stollen, quiche lorraine and homemade pâté over three days. The club from the former mining town in the south of the country has been involved in good causes for many years and this time wanted to help the Stëmm vun der Strooss to support the Caddy 2 project in Sanem, which will employ 90 people in a vocational reintegration measure from September, 40 more than before.

Alexandra Oxacelay explained them that their generous donation will enable the charity to fund initial equipment such as refrigerators, cold rooms, hot plates and shelving. Thanks to the partnership with the Auchan hypermarket, the association plans to increase from 100 to 500 tonnes of collected food to process and redistribute free of charge to those in need, while strictly adhering to food safety standards.

According to André Theisen, a member of the Fraen a Mammen Rumelange club, “it is essential to set a good example and support an association that works for disadvantaged people, especially as poverty continues to increase and a large part of society is not ready to face the truth”.